TEHRAN, January 12 -A surprise New Year’s Day tweet by President Donald Trump in which he appeared to decree an end to U.S. aid for Pakistan, sent U.S. officials scrambling to suspend security assistance without even knowing how much aid they were freezing, four U.S. officials said. 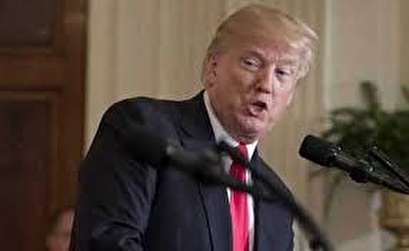 TEHRAN, Young Journalists Club (YJC) -A surprise New Year’s Day tweet by President Donald Trump in which he appeared to decree an end to U.S. aid for Pakistan, sent U.S. officials scrambling to suspend security assistance without even knowing how much aid they were freezing, four U.S. officials said.

The decision to freeze up to about $2 billion in security aid, according to a later estimate by U.S. officials, to a nuclear-armed ally is the latest example of how, nearly a year into Trump’s presidency, U.S. officials sometimes have to scurry to turn his tweets into policy.

The Trump administration had been weighing an aid freeze for months, including in a meeting of top national security advisers before Christmas. Washington has for years demanded that Islamabad stop providing sanctuary and other support for the Afghan Taliban and the allied Haqqani network.

(For a graphic of historical U.S. aid to Pakistan, click here: tmsnrt.rs/2DbVEyQ)

At the time of Trump’s tweet, a U.S. assessment of Pakistani compliance with those demands was still under way. A cohesive U.S. policy - including preparations for possible Pakistani reaction - was not expected to be completed until March or April, three U.S. officials interviewed said.

“None of the elements of a coherent policy was in place, or even close at hand, when the president, in effect, made a policy announcement,” said one U.S. official, who like others spoke on condition of anonymity. “Despite a mad scramble to backfill a tweet, we still don’t have ... an effective policy in place.”

Michael Anton, a spokesman for the National Security Council, did not address whether the tweet had sped up the policy process, saying Trump had made clear his intent to take a new, tougher stance toward Pakistan as part of the Afghanistan war strategy he unveiled in August.

“This action is being taken after months of careful interagency review. Any suggestion to the contrary is false,” he said.

Trump was at his Mar-a-Lago resort in Florida when he posted his tweet at 7:12 a.m. on Jan. 1, after hosting a lavish New Year’s Eve party. Until then he had kept a relatively low public profile while he mostly golfed.

The United States, he tweeted, had “foolishly” given Pakistan more than $33 billion in aid and “they have given us nothing but lies and deceit, thinking our leaders as fools. They give safe haven to the terrorists we hunt in Afghanistan, with little help. No more!”

It is not clear what prompted Trump to issue the tweet, which infuriated Pakistani officials. Pakistan’s National Security Committee of senior civilian and military chiefs denounced it as “completely incomprehensible.” U.S. Ambassador David Hale was summoned to the foreign ministry for an explanation.