TEHRAN, January 12 -Police anti-narcotics operations notorious for their deadly outcomes could make a comeback in the Philippines’ war on drugs, although bloodshed should be avoided and abuses would not be tolerated, the country’s police chief said on Friday. 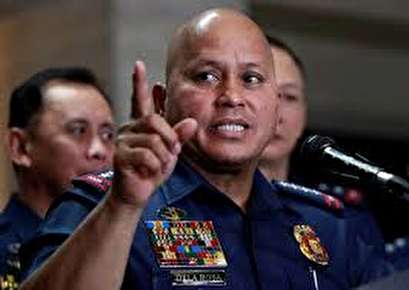 TEHRAN, Young Journalists Club (YJC) -Police anti-narcotics operations notorious for their deadly outcomes could make a comeback in the Philippines’ war on drugs, although bloodshed should be avoided and abuses would not be tolerated, the country’s police chief said on Friday.

“Oplan Tokhang”, where police visit homes of users and dealers and seek their surrender, could resume within a few weeks and should be free of violence if suspects agree to go quietly, police chief Ronald Dela Rosa said.

His remarks are the strongest sign in months of a re-intensification of a war on drugs that has lost considerable momentum since President Rodrigo Duterte ordered police to halt operations and let the undermanned drugs enforcement agency, PDEA, run his signature campaign.

Nearly 4,000 Filipinos have been killed by police in the drugs war since June 2016. Human rights groups accuse police of carrying out illegal killings, staging crime scenes and falsifying reports, a charge they vigorously deny.

“Tokhang should actually be bloodless because the spirit of Tokhang, if implemented properly is ‘knock and plead’,” Dela Rosa told reporters.

He was advocating for its return but did not state a reason.

The “Tokhang” approach sees officers knock on doors of homes of suspected drug users or dealers to convince them to surrender or be rehabilitated. Another widely used approach by police is a so-called “buy-bust” or sting operation.

Activists say in many cases, suspects were not given a chance to give up, and were instead executed in cold blood.

Police reject that and typically say the victims were killed because they violently resisted arrest. They cite more than 117,000 drugs-related arrests as evidence of their intent to preserve life.

Dela Rosa said abuses had taken place but referred only to officers soliciting bribes to remove names of suspects from lists they had compiled.

He said an oversight committee would be set up and if resources were available, police involved in sting operations would be equipped with body cameras.

“This time around we will ensure it will be properly implemented and those who will commit abuses would be made accountable,” he added.

Duterte announced the suspension of police anti-drugs operations on Oct. 11 last year, without specifying exactly why. He later said he hoped that would satisfy activists he called “bleeding hearts”, and interfering western states.

Duterte and his aides have, however, voiced concern about drugs returning to the streets due to a lack of manpower with police on the sidelines.

At present, police are allowed to assist PDEA operations, but not lead their own.

Radio reports of drugs-related killings in recent months have been less frequent than previously.

It is not immediately clear how many people have been killed in drugs-related incidents in the Philippines since Oct. 11. A spokesman for PDEA on Friday said the agency had no data on casualties over that period.