TEHRAN, January 12 - Iranian Ambassador to London Hamid Baiedi-Nejad said Tehran is in talks with International Maritime Organization (IMO) officials in London to speed up efforts to put out fire in an Iranian oil tanker collided with a Chinese freighter and burst into flames off the Chinese coast last week. 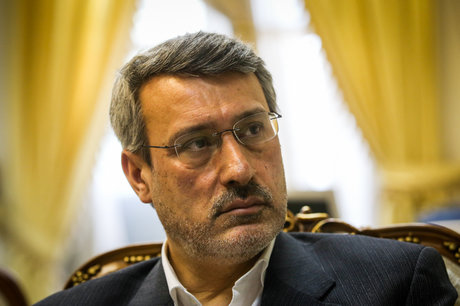 TEHRAN, Young Journalists Club (YJC) - Following discussions with IMO officials in London they are making efforts to encourage regional countries to speed up efforts to put out the fire, he wrote in his tweeter account.

The tanker named Sanchi belongs to the National Iranian Tanker Company (NITC) and was carrying 136,000 metric tons (150,000 tons, or nearly 1 million barrels) of condensate, a type of ultra-light oil to South Korea.

Last Saturday night, it collided with the freighter CF Crystal that was carrying grain from the United States about 160 nautical miles (184 km) off China's coast near Shanghai, according to Presstv.

The tanker had a crew of 32 sailors at the time of the collision. The body of a mariner suspected to be from the ship was recovered on Monday and sent to Shanghai for identification.

The rest of the crew, which included 30 Iranians and two Bangladeshis, remains missing.

An unnamed spokesman with Japan’s Coast Guard told Reuters that Chinese authorities had turned down an offer to help, saying it would ask for help when needed.

Japan's Coast Guard had sent patrol boats and aircraft to monitor the situation, the spokesman added.