TEHRAN, January 12 - Japan's prime minister on Friday landed in Estonia, his first stop on a tour of the Baltic states and other European nations as he seeks to drum up support for his hawkish stance on North Korea. 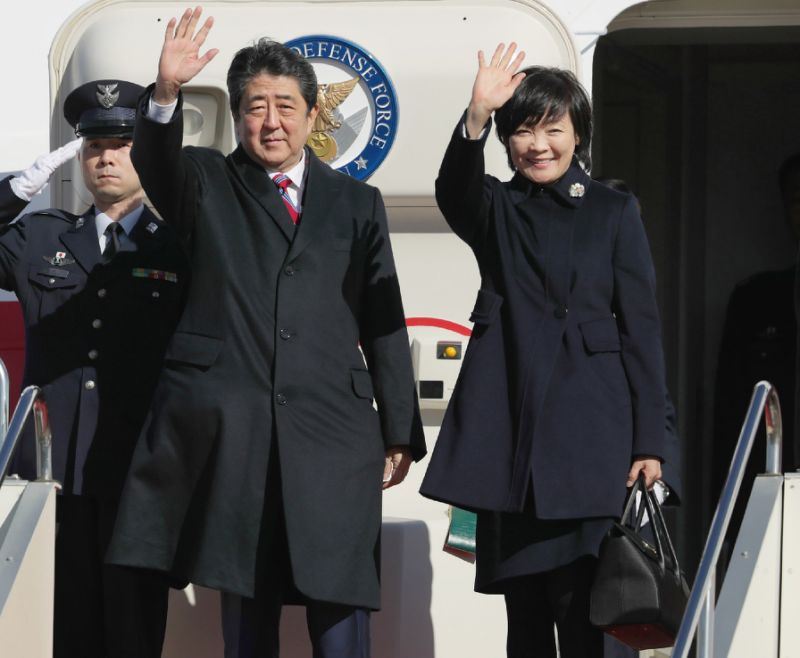 TEHRAN, Young Journalists Club (YJC) - Despite a recent cooling of tensions in the run-up to the Winter Olympics in South Korea, Shinzo Abe has insisted on "maximising pressure" on Pyongyang over its nuclear and missile programs.

In the Estonian capital Tallinn, Abe will meet with President Kersti Kaljulaid and Prime Minister Juri Ratas and will notably discuss bilateral cooperation on cybersecurity, a topic that digital-savvy Estonia has championed since being hit by one of the first major cyberattacks a decade ago.

Abe will then visit fellow Baltic states Latvia and Lithuania, before continuing on to Bulgaria, Serbia and Romania. He is the first sitting Japanese leader to visit these countries.

"I want to confirm our cooperation on North Korean and other urgent issues the international community faces," Abe told reporters before he left.

He also noted that representatives from more than 30 companies would accompany him to develop business ties.

"Abe's visit definitely signifies a new level of relations between Estonia and Japan. I believe that it will act as a good catalyst for the economic cooperation of our two countries," Ratas said ahead of the visit.

Japan is keen to raise its profile in the region as China bolsters its ties there.

All six nations Abe is visiting are among the 16 Central and Eastern European countries that hold an annual summit meeting with China.

China has been pushing its massive $1 trillion "One Belt, One Road" initiative, which seeks to build rail, maritime and road links from Asia to Europe and Africa in a revival of ancient Silk Road trading routes.

Abe is due to return to Japan on Wednesday.