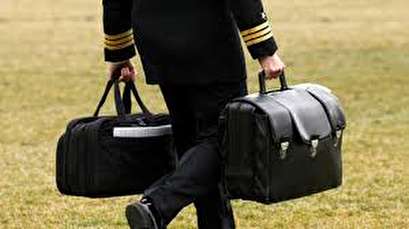 The plan to expand the US low-yield nuclear arsenal, outlined in the draft of the upcoming Nuclear Posture Review leaked to the media, is an “outrageous and foolish” idea that will add nothing to US national security, argues Robert Naiman, policy director at Just Foreign Policy and president of the Truth Out organization.

“The United States has already more than enough nuclear weapons, and the idea of building more is foolish, dangerous and unnecessary and robbery of other priorities,” Naiman told RT. By channeling money into more nukes, Trump betrays his voters, who expected him to focus on infrastructure projects at home, he added.

“He talked about America First, rebuild America, people thought that meant we’re going to fix the roads and the bridges. Nah, we are going to build more nuclear weapons,” Naiman said.

While the nuclear plan is expected to be unveiled by Trump next month, the rather hawkish draft is still in the works and requires congressional approval, Naiman noted. He hopes lawmakers contest it.

Naiman also hopes other countries will not be “so stupid as to take the bait” and allow themselves to be dragged into an expensive new arms race. The funds that would be funneled into the pockets of arms manufacturers are US taxpayer dollars, stolen “under pretext of defending the US,” he stressed.

Attempts by the Trump administration to justify the nuclear build-up by claiming Russia and China pose a threat to the US do not hold water as “nobody really thinks that any sane person is going to do nuclear weapons in a strategic competition.”

While Russia and China are indeed “strategic competitors” to the US, the “idea that this means we need to produce more nuclear weapons doesn’t follow at all,” Naiman argued. In terms of nuclear deterrence, according to Naiman, it is not the quantity of nuclear weapons that matters, but the mere fact that the country possesses them.

“The huge driver of this is the Pentagon industrial complex. Pentagon contractors are going to make money off producing nuclear weapons,” Naiman said, stressing that “parochial interests” of certain military industry players might be behind the overhaul. “We are not going to be more safe if we spend money on weapons that we don’t need.”