TEHRAN, January 14 - A powerful earthquake struck off Peru's coast early Sunday, destroying adobe structures and killing at least one person, according to officials. 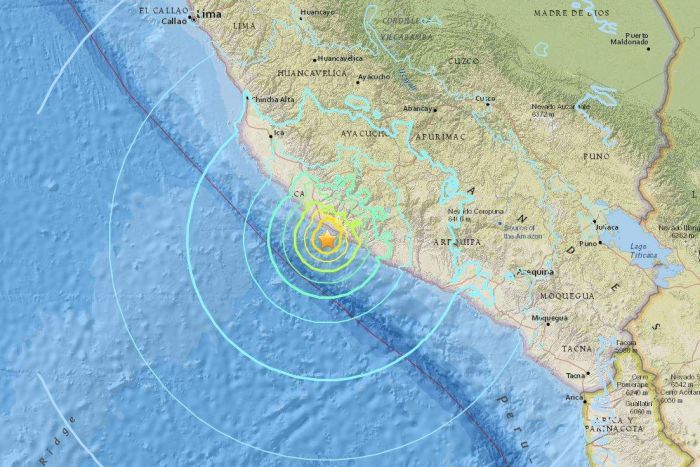 The epicenter was 25 miles (40 kilometers) south-southwest of the small town of Acari in the Arequipa district. It was centered 22 miles (36 kilometers) below the surface.

Arequipa Gov. Yamila Orosio tweeted that at least one person was killed and that there were reports of power outages and collapsed adobe structures.

The U.S. Pacific Tsunami Warning Center initially warned that "hazardous tsunami waves are forecast for some coasts" and that larger-than-normal waves could hit Peru and Chile. But the center then said in a later statement that "there is no longer a tsunami threat from this earthquake" and that the center hadn't observed any tsunami waves.