TEHRAN, January 14 - North Korea has spat out a furious statement at neighboring South Korea over its relationship with US President Donald Trump. 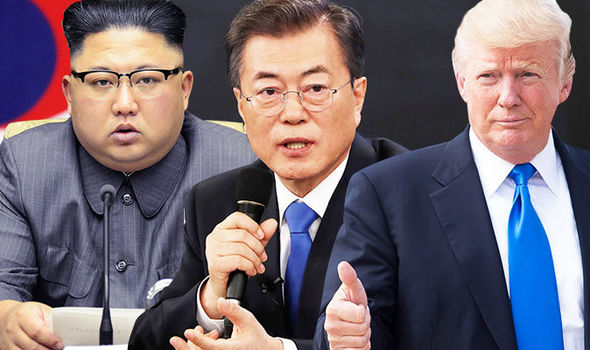 TEHRAN, Young Journalists Club (YJC) - The hermit nation was reeling on Sunday, after President Moon Jae-in in the south credited the White House for helping with talks between the pair.

An angry response threatened to withdraw co-operation in the 2018 Pyeongchang Olympics.

Four days after Moon's New Year press conference in which he said harsh sanctions imposed by the US, and President Trump in particular, had forced Kim Jong-Un to act, the North released a statement which oozed fury.

In an article titled ‘The South Korean government should not mistake it’, the North's state-run Korean Central News Agency (KCNA) said the decision may have repercussions.

It said: ”Rash remarks that pour cold water over the reconciliatory phase are dumbfounding and disappointing people.

"We will proactively make efforts to improve North-South relations, but will not overlook any foul behavior that pours cold water over them.

Pyongyang and Seoul have been locked in a tense standoff since the Korean War ended in 1953 in a military stalemate between the two sides.

Today, the article also indicated talks could still go ahead.

It scared: “It's nonsense to say recklessly from the first that a meeting is possible only if there's outcome.”

Both sides of Korea are in the process of arranging North Korea's participation in the Olympics next month.

However, the North threatened to withdraw claiming South Korea "should be aware that the train and bus that will take our delegation to the Winter Olympics are still in Pyongyang”.

The reporter asked: “How could the South be this rude in the presence of its interlocutor?.

"It would be better for the South Korea government to think deeply about what ugly results their impolite behaviour would cause."

However, Asian nations are refusing to back down to Kim.

Speaking ahead of talks earlier this month, Japanese Defense Minister Itsunori Onodera decried the process as a "phase".

He said: “I think what is important is to maintain a firm defense posture.

“North Korea goes through phases of apparent dialogue and provocation but either way, North Korea is continuing its nuclear and missile development.

"We have no intention of weakening our warning and surveillance activity.”