TEHRAN, January 15 - Hamas Islamic Resistance Movement Representative in Tehran expressed a message of condolence over the death of the 32 Iranian sailors on board the Iranian oil tanker. 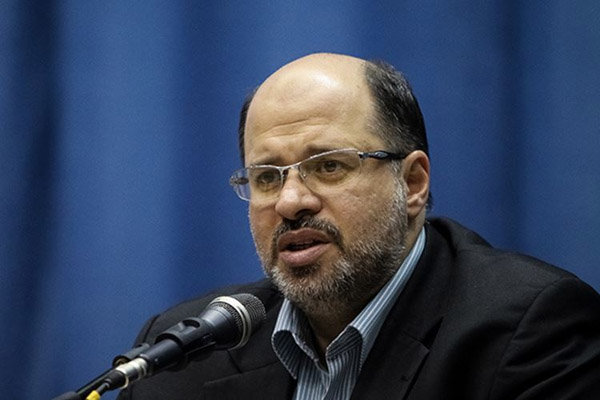 TEHRAN, Young Journalists Club (YJC) - On behalf of myself and my brothers in the Hamas Resistance Movement, I deeply express my condolence over the terrible and horrific lesion of the Iranian ship Sanchi, which led to the tragic death of 32 of its devoting staff, to the Iranian government and nation, especially the families of the victims and the family of the [Iran] oil industry, ask God for them patience and forbearance.

The Sanchi oil tanker, carrying 136,000 tonnes of condensate from Iran to South Korea, caught fire on January 6 after it collided with the CF Crystal, a Hong Kong-registered bulk freighter, about 160 nautical miles (184 km) off China's coast near Shanghai.

Iranian officials said on Sunday that the vessel had completely sunk and available evidence indicated that all crew members had died soon after the collision and a powerful blast.

Thirty two crew members were on board, comprising 30 Iranians and two Bangladeshis. A Chinese salvage team on Saturday recovered two bodies from the tanker.

Another body, presumed to be one of the Sanchi's sailors, was found on Monday and brought to Shanghai for identification.