TEHRAN, January 15 - North and South Koreas have held a new round of talks aimed at hammering out the details of Pyongyang’s plan to send a group of art performers to the South for next month’s Winter Olympics. 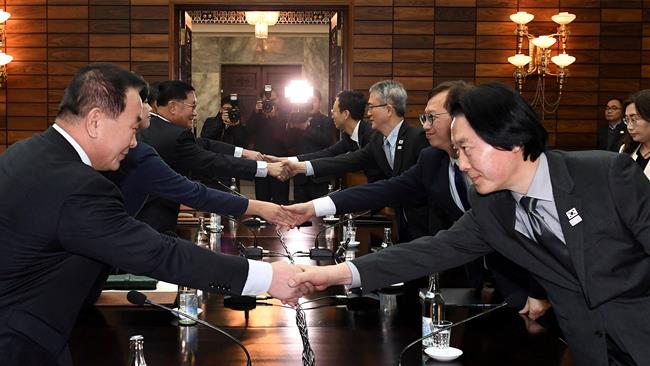 TEHRAN, Young Journalists Club (YJC) - Eight officials, four from each side, met on Monday at the shared border village of Panmunjom, known as truce village, to discuss the plan, according to Seoul’s Unification Ministry.

The ministry said Pyongyang wanted to discuss the logistics of the show as a matter of priority before outlining plans for athletes and fans to attend the games in February.

Head of the South Korean Culture and Arts Policy Office Lee Woo-sung said that the participation of the North Korean art troupe in the games “has been drawing huge interest and hope domestically and internationally.”

The two neighbors held their first formal talks in over two years last Tuesday after Pyongyang said it would send a delegation to the February 9-25 games in Pyeongchang, including an art troupe along with officials, athletes, cheerleaders, journalists and a taekwondo demonstration team.

The two sides have agreed to hold follow-up talks on the details of the plan.

Following Monday’s discussions, the South Korean Unification Ministry said in a mobile text message that the North had requested working talks to be held on January 17 at the truce village.

The ministry said Seoul has yet to decide on the request.

Besides the inter-Korean negotiations, the two sides are also set to hold talks with the International Olympics Committee in Switzerland next Saturday to discuss the participation of North Korean athletes at the winter games.

South Korea had been pushing for a unified Korean team in women’s hockey with North Korea, but Pyongyang has not responded to the proposal yet.

Seoul also proposed that athletes from the North and South march in jointly together at the opening ceremony. Pyongyang said it is “positively” considering the proposal.

North Korea had participated in several Olympics Games before, but not in South Korea. It boycotted the 1988 Olympic Games in Seoul. 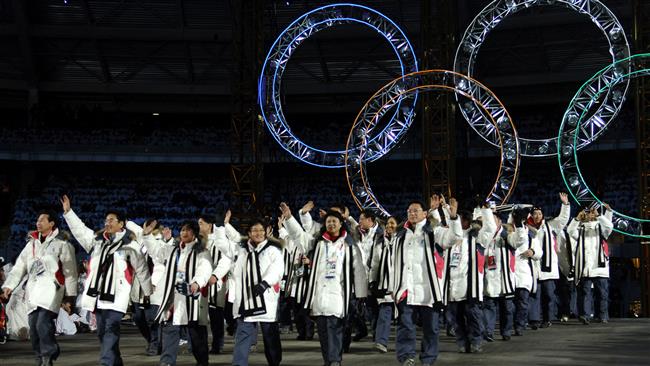 The neighbors have been separated by a heavily militarized border since the three-year-long Korean War came to an end in 1953. The conflict ended with an armistice rather than a formal peace treaty, leaving many families separated at the two sides.

The South’s Unification Ministry also said on Monday that talks with Pyongyang over the reunion of separated families would resume “after inter-Korean relations further improve.”

Pyongyang said its talks with Seoul won’t deal with its nuclear and missile programs, the main source of tensions between the two neighbors, insisting that those weapons primarily target the United States and work as a deterrent against potential foreign aggression.

Amid the ongoing talks, the US is beefing up its presence around the Korean Peninsula ahead of next month’s games by deploying stealth bombers, at least one extra aircraft carrier and a new amphibious assault ship to the region.

The US military officials say the deployment represents routine training and scheduled upgrades.

Washington had earlier agreed to postpone massive annual military maneuvers with the South until after the Pyeongchang Games.

North Korea views such activities as a rehearsal for war, saying Washington is trying to put a chill on its renewed talks with Seoul.