Moscow will not back US attempt to change Iran nuclear deal: Lavrov

TEHRAN, January 15 - Russian Foreign Minister Sergei Lavrov has stressed that Moscow will not back US attempts to change the 2015 nuclear deal struck between Iran and the P5+1 group of countries. 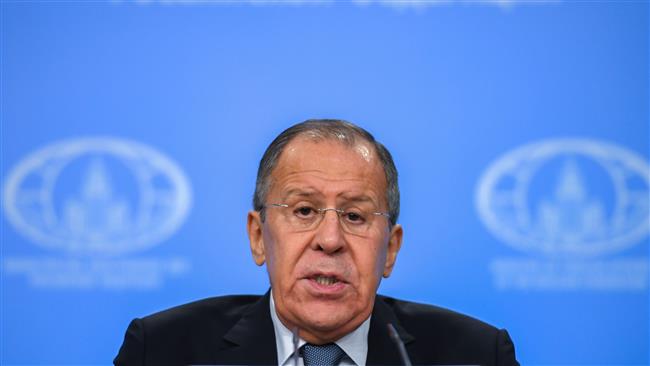 TEHRAN, Young Journalists Club (YJC) - "We will not support what the United States is trying to do, changing the wording of the agreement, incorporating things that will be absolutely unacceptable for Iran," Lavrov said at a news conference in Moscow on Monday.

His remarks come a few days after US President Donald Trump extended sanctions waivers on Iran to give Washington and its European allies a chance to “fix the terrible flaws” of the nuclear agreement.

"I have outlined two possible paths forward: either fix the deal’s disastrous flaws, or the United States will withdraw," Trump said last week.

In his remarks, Lavrov emphasized his country’s determination to work to preserve the existing nuclear agreement with Iran.

Russia's top diplomat also warned that the breakdown of the deal could be detrimental to dialogue with North Korea.

"If the deal is put aside and Iran is told, 'you keep up with your obligations or we will impose sanctions again', then you have to put North Korea in its place," Lavrov said.

"They are being promised that sanctions will be lifted if they give up their nuclear program. They will give it up, but no one will lift the sanctions against Pyongyang," he added.

The agreement, known as the Joint Comprehensive Plan of Action (JCPOA), was reached between Iran and six world powers -- the US, the UK, France, China, Russia and Germany -- in July, 2015. The deal puts limitations on parts of Iran’s peaceful nuclear program in exchange for removing all nuclear-related sanctions.