Erdogan: US trying to form 'terror army' in Syria

TEHRAN, January 15 - Turkish President Recep Tayyip Erdogan said that the US was working to form a "terror army" on his country's southern border by training a new force in Syria that includes Kurdish fighters. 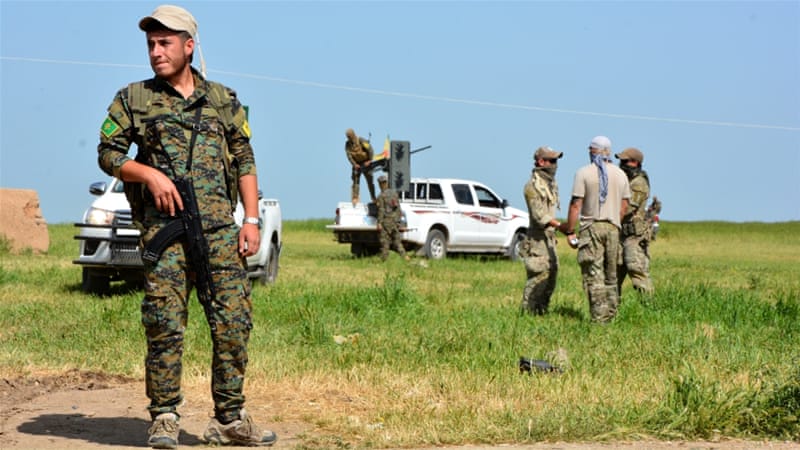 TEHRAN, Young Journalists Club (YJC) - "What we are supposed to do is to drown this terror army before in comes into being," he said in an address in the capital Ankara on Monday, calling the Kurdish fighters "backstabbers" who will point their weapons to the US in the future.

His comments came after reports revealed US' plan to establish a 30,000-strong new border security force with the involvement of Kurdish fighters in northern Syria.

According to media reports quoting US officials, the US-led coalition against Daesh will recruit around half of the new force from the Syrian Defense Forces (SDF), an umbrella group of fighters dominated by the People's Protection Units (YPG).

Ankara considers Kurdish YPG fighters as a "terrorist" organization with links to the Kurdish fighters within Turkey that seek more autonomy. The US views the YPG as a highly effective fighting force against Daesh.

Erdogan said that Turkey's armed forces had completed preparations for an operation against the Kurdish-controlled region of Afrin in northwest Syria and the town of Manbij.

He warned Turkey's allies against helping "terrorists" in Syria and said: "We won't be responsible for consequences."

Turkish foreign ministry made a statement in the same line late on Sunday, saying that it was "wrong and objectionable" to cooperate with the YPG.

"The establishment of the so-called Syria Border Protection Force was not consulted with Turkey, which is a member of the coalition," the Turkish foreign ministry said.

"To attribute such a unilateral step to the whole coalition is an extremely wrong move that could harm the fight against Daesh," it added.

Turkish forces pounded US-backed Kurdish fighters in Syria with artillery fire on Sunday, after the intention to establish a new force was announced.

Turkey carried out a military campaign called 2016 Euphrates Shield Operation, which targeted Daesh and the YPG. That eight-month battle officially ended in March 2017.