TEHRAN, January 15 - The United Arab Emirates on Monday claimed that Qatari fighter jets intercepted two of its commercial airliners in international airspace on the way to Bahrain, allegations denied by Qatar. 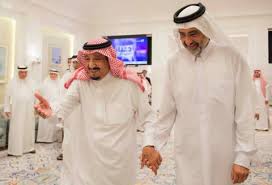 TEHRAN, Young Journalists Club (YJC) - The claims could further escalate tensions between Qatar and the four Arab nations that have been boycotting it for months, among them the UAE, home to the world's busiest international airport.

They also could affect long-haul airline travel, as the region's carriers are a crucial link between the East and West.

It follows two complaints by Qatar to the United Nations about Emirati military aircraft allegedly violating its international airspace amid the diplomatic crisis. The UAE denies the allegations.

The UAE's state-run WAM news agency made the claim about the Qatari jet fighters on Monday, citing the country's General Civil Aviation Authority.

WAM quoted Saif al-Suwaidi, the director-general of the GCAA, as saying the intercepts happened at 10:30 a.m. and 11 a.m. He said Bahraini radar, as well as crew and passengers on board, saw the military aircraft, "which constituted a clear and explicit threat to the lives of innocent civilians."

WAM did not identify the aircraft involved, nor did it elaborate on details of the purported encounters. The GCAA did not immediately respond to questions from The Associated Press.

Qatar's Foreign Ministry called the UAE's allegations a "totally false claim" in a statement Monday night. "It seems that the UAE is trying to draw attention away from other incidents that have caused media crises," it said.

That appeared to reference a video released Sunday night of an exiled Qatari ruling family member, once promoted by Saudi Arabia as an alternative to the country's ruling emir, claiming he's being held against his will in the UAE, an allegation denied by Abu Dhabi.

The video of Sheikh Abdullah bin Ali Al Thani recalled the bizarre, now-reversed resignation of Lebanese Prime Minister Saad Hariri while on a trip to Saudi Arabia, a Nov. 4 decision that was widely seen as orchestrated by Riyadh.

The UAE is home to two major national carriers, Abu Dhabi-based Etihad and Dubai-based Emirates. Both airlines declined to comment when reached by the AP, though Bahrain's Foreign Ministry identified one of the affected aircraft as Emirates flight No. EK837.

That flight left Dubai at 8:20 a.m. Monday and landed 46 minutes later, flying out over international waters near the northern tip of Qatar, a peninsular nation that juts out like a thumb into the Persian Gulf, before arriving in the island nation of Bahrain. That's been the standard route of all Emirati commercial airliners since the crisis began.

FlightRadar24, a popular airplane tracking website, did not show any unusual routes between the UAE and Bahrain. "There appears to be no deviation from standard routing and approach patterns in today's flights," FlightRadar24 spokesman Ian Petchenik told the AP.

FlyDubai, a low-cost carrier owned by Dubai's government, said its aircraft were not involved in the incidents. Sharjah-based Air Arabia, another budget carrier that operates direct flights to Bahrain International Airport in Manama, did not immediately respond to requests for comment.

U.S. Air Force Central Command, which is based at the sprawling al-Udeid Air Base in Qatar, did not have any reports of incidents involving commercial aircraft in the region, said Lt. Col. Damien Pickart, an Air Force spokesman. However, Pickart cautioned that U.S. forces don't routinely monitor the flights and operations of the Qatari air force.

Qatar's stock exchange dropped some 2.5 percent in trading Monday, one of its biggest jolts since the crisis began.

Bahrain, Egypt, Saudi Arabia and the UAE cut off Qatar's land, sea and air routes on June 5 over its alleged support of extremists.