TEHRAN, January 16 - Iran’s President said that Muslims in different countries have expectations from their parliaments, that is their parliaments must help their leaders and officials to strengthen the spirit of brotherhood and unity in Islam’s world. 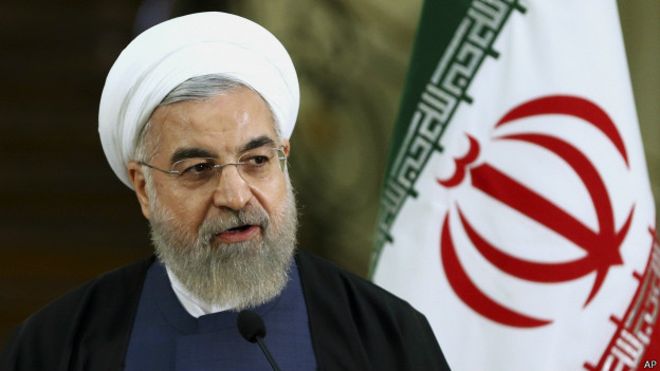 TEHRAN, Young Journalists Club (YJC) - In the 2nd day of the 13th session of the Parliamentary Union of the OIC Member States (PUIC), Hassan Rouhani pointed out to the challenges the world of Islam is coping with and asserted that to confront the challenges Muslim countries must remained united, relay upon their own capabilities,and avoid resorting to foreign powers.

“The experience of contemporary history teaches us that these powers are merely considering their own interests at the expense of others; they take no step to reduce the suffering of others” Rouhani added.

Rouhani remarked that the world of Islam should recover itself and that the first step to achieving the recovery as to provide a region without tensions and peaceful foreign relations.

“No country can domestically develop while it is copping with foreign conflicts and struggles. No country can solve its internal problems through foreign wars, and advance its economic and social development plans simultaneously with the bombarding and killing its neighboring nations” the Iranian President noted.

Islamic states today, he went on, are in need of democracy than ever and that the best example of practicing democracy was Islam Holy Prophet’s way to govern Islamic community.

Stressing Iran’s respect to all countries’ territorial integrity and political sovereignty, Hassan Rouhani announced that Islamic Republic knows no country as its rival and emphasizes on empathy and collaboration among Muslim countries to eradicate the problems of Islam’s World.

Yet, he remarked “Unfortunately, some countries go the wrong path and, under the suggestions of the United States and the Zionist regime, spread the gap among Islamic Ummah”.

Referring to the decline of Daesh terrorist group in the region, Rouhani said Islamic Republic was in the front line of fighting terrorism, sharing its experience with the countries challenging the terrorist group.

“Invited by Iraq and Syria’s governments, we sent our military advisers to those countries so that they, alongside their two brotherly nations, fight Takfiri terrorism and prevent them from invading other countries” He explained.

The President shed light on the fact that Palestine’s issue is on top of the political agenda of Islam’s world and that with the Deash terrorist group defeated, Palestine again became the top issue among Muslim countries.

Hassan Rouhani remarked that Muslims have expectations from their countries’ parliaments that is their parliaments must help their leaders and political officials to strengthen the spirit of brotherhood and unity in Islam’s world.

The 13th session of the Parliamentary Union of the OIC Member States (PUIC) attended by Parliament speakers started in Tehran on Monday.

Share to
Related News
Iran made remarkable progress in social development
US 'arrant erring' on al-Quds futile: Ayatollah Khamenei
We can have dialogues with countries with which we have disagreement: Rouhani
Tags
Rohani ، PUIC ، democracy ، parliament ، Islam world
Your Comment