TEHRAN, January 16 - Iranian engineers are going to take part in a developmental project in Armenia after winning a tender to construct a bridge in the neighboring country. 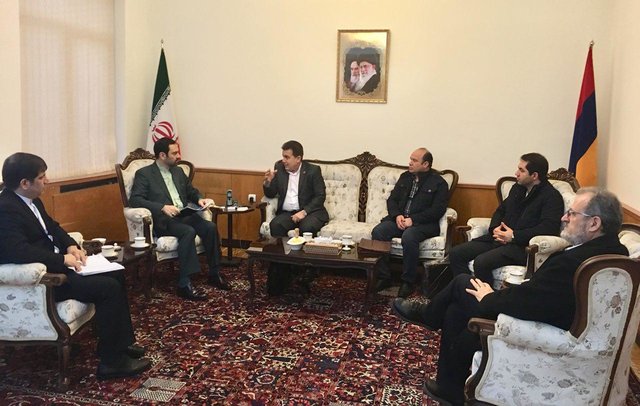 TEHRAN, Young Journalists Club (YJC) - Sadakhlo-Bagratashen is a bridge project between Armenia and Georgia in which Iranian engineers would take part.

In a meeting between CEO of Iranian Ariyana Company Ali Mousavi, other managers of the company and Iranian Ambassador to Armenia Kazem Sajjadi, Mousavi delivered a report on wining the tender on the project.

Several other companies from Central Asia and Caucuses have taken part in the tender.

He also called on Iranian embassies to support Iranian companies for active presence in tenders and global economic markets.

Sajjadi, for his part, expressed satisfaction over victory of the Iranian company in the competition, saying that the embassy would continue support for Iranian companies.

He also called on Ariyana senior officials to seize the opportunity of getting to know with Armenia and join the project of north-south railway in Iran.

Vahan Martirosyan, Minister of Transport, Communication and Information Technologies of Armenia along with managers of the Iranian company, the Iranian envoy took part in the signing ceremony of the contract for the bridge.