TEHRAN, January 16 - Iranian Defense Minister Brigadier General Amir Hatami said the US is after new strategy against Iran through making a complicated situation. 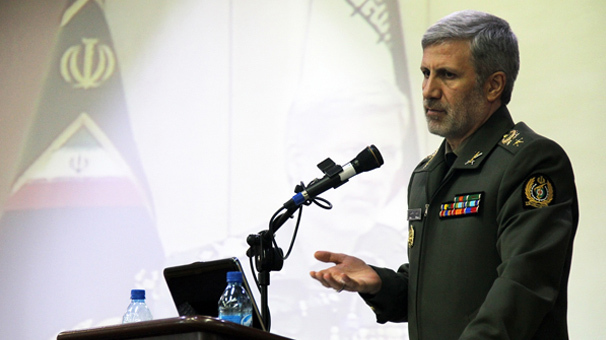 TEHRAN, Young Journalists Club (YJC) - “The US is making complicated situation to implements its new strategy against the Islamic Republic of Iran,” he said.

“Enemies want to put the Islamic Republic of Iran in a specific and complicated situation.”

“Over recent months, the US showed that it has applied a strategy towards the Islamic Republic of Iran and this strategy shows the depth of enmity against the Islamic and Revolutionary Iran,” he said.

On Friday, US President Donald Trump reluctantly agreed not to reimpose nuclear sanctions on Iran, but said it would be the last time he issues such a waiver, according to the White House.

Trump said Friday he wanted America's European allies to use the 120-day period before sanctions relief again comes up for renewal to agree to tougher measures and new conditions, otherwise, he noted, Washington would pull out of the deal.

"Today, I am waiving the application of certain nuclear sanctions, but only in order to secure our European allies’ agreement to fix the terrible flaws of the Iran nuclear deal. This is a last chance," Trump said in a statement.

"I have outlined two possible paths forward: either fix the deal’s disastrous flaws, or the United States will withdraw," he said.

The agreement, known as the Joint Comprehensive Plan of Action (JCPOA), was reached between Iran and six world powers -- the US, the UK, France, China, Russia and Germany -- in July, 2015.