TEHRAN, January 16 - Iran’s president called for stronger banking relations with Iraq to allow for a growth in the bilateral trade and economic cooperation. 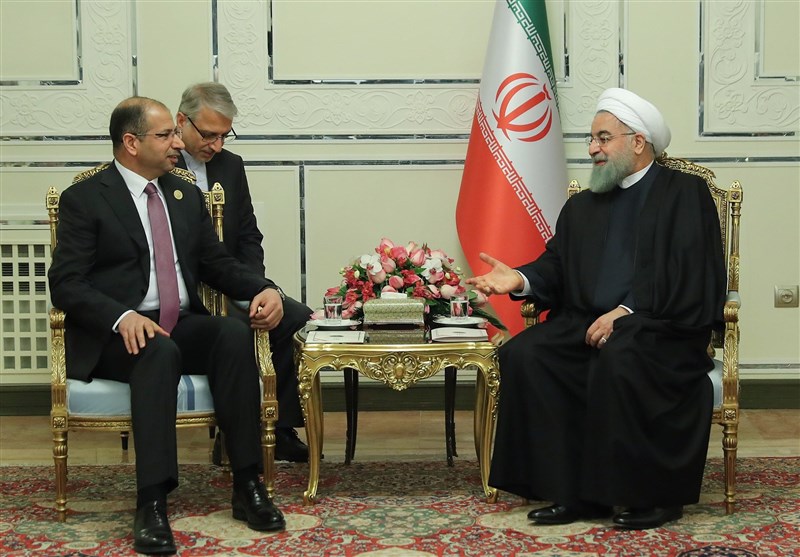 The central banks of Iran and Iraq need to promote cooperation and keep working together to contribute to the bilateral trade, he added.

The president also hailed the Iraqi government’s success to defeat terrorism and thwart the hostile plots to foment discord in the Arab country, reiterating Tehran’s support for an integrated Iraq and opposition to any change in the borders of regional countries.

For his part, Iraq’s Parliament Speaker Salim al-Jabouri expressed gratitude to Iran for supporting his nation in the fight against terrorism.

Iraq is at the beginning of a new era, and looks for continued support from Iran on the road to development and reconstruction, the speaker added.

The Iraqi speaker is in Iran for the 13th Conference of the Parliamentary Union of the Organization of Islamic Cooperation Member States (PUIC).

Iran, a close ally of Iraq, supported the Arab nation in the fight against Daesh (ISIL) since the terrorist group invaded Iraq in summer 2014.