TEHRAN, January 17 - At least 32 bodies have been found in mass graves in Mexico's northwestern state of Nayarit, authorities said Tuesday. 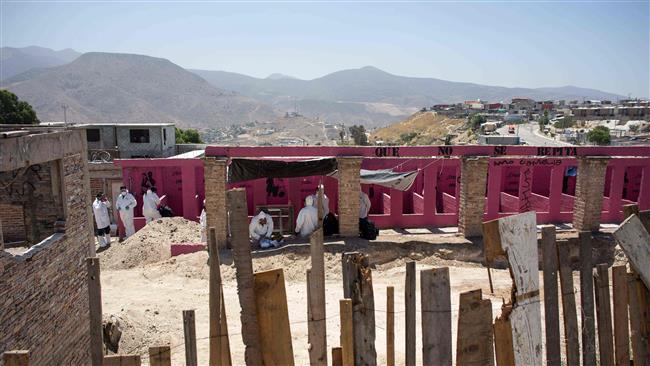 TEHRAN, Young Journalists Club (YJC) - "The first grave was located on Saturday. There were nine bodies," in a rural area not far from a banana farm, an official in the local prosecutors' office told AFP on condition of anonymity because the official was not authorized to speak to media.

Two other graves were detected nearby with remains "in an advanced state of decomposition," the source said.

Later, another source from the same office said the toll had risen to 32 bodies recovered, and that officials were still working on the sites.

Nayarit, in western Mexico, borders the states of Sinaloa and Jalisco, where powerful drug cartels are behind a violent crime wave.

According to official data, 117 people were recorded as missing last year in Nayarit.

The country has seen around 200,000 violent deaths since December 2006, when the federal government launched a military crackdown on the cartels. There was no official breakdown as to how many of those were linked to criminal organizations.