TEHRAN, January 17 -Yemeni forces say they have fired ballistic missiles at two key targets in southwestern Saudi Arabia in retaliation for the kingdom’s fatal raids on its neighbor. 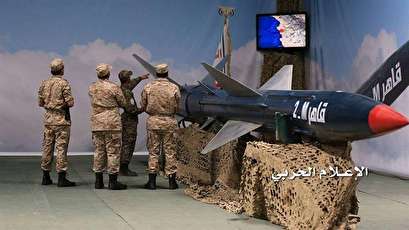 The Yemeni army’s missile division specified the targets as a Saudi military command center in the kingdom’s Najran region, which came under fire on Wednesday, and an airport in the nearby region of Jizan, which had been struck hours earlier, the al-Masirah television network reported.

The projectiles fired were respectively a Qaher M-2 and a short-range missile, the division noted.

Saudi media outlets, however, claimed that the short-range missile had not hit the airport and was destroyed midair.

The Riyadh regime, together with a coalition of its allies launched, a military campaign against Yemen in March 2015, seeking to return its favorite ex-Yemeni administration to power and crush the country’s Houthi Ansarullah movement.

Almost three years into the war, the Saudi-led coalition has fallen short of the objectives in the face of strong resistance by Ansarullah and its allied forces.

Besides defending Yemen against the Saudi aggression, Ansarullah has also been running state affairs in the capital, Sana’a, in the abescence of an effective administration.

Some 13,600 Yemenis have died since the onset of the Saudi war, which has also taken a heavy toll on Yemen’s infrastructure and pushed the impoverished country to the edge of famine.