US & Canada-led summit wants more sanctions on N. Korea beyond the UN’s

TEHRAN, January 17 -Twenty US-allied states are considering imposing their own sanctions on N. Korea. The group also places “special responsibility” on China and Russia – whom they ‘forgot’ to invite to the summit – to find a way out of the crisis. 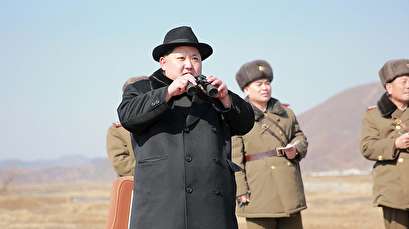 TEHRAN, Young Journalists Club (YJC) -Twenty US-allied states are considering imposing their own sanctions on N. Korea. The group also places “special responsibility” on China and Russia – whom they ‘forgot’ to invite to the summit – to find a way out of the crisis.

After a long day of discussions, the ‘Vancouver Foreign Ministers Meeting on Security and Stability on the Korean Peninsula,’ represented by 20 foreign affairs ministers, agreed to consider “unilateral sanctions” to curb North Korea’s ballistic missile and nuclear programs.

Participants “agree to consider and take steps to impose unilateral sanctions and further diplomatic actions that go beyond those required by UN Security Council resolutions,” a joint statement issued at the end of the summit reads.

The delegations specifically agreed to tackle North Korean financing that fuels nuclear research, revenue which they claim comes from the country’s criminal activities and cyber operations. While the foreign ministers agreed to support the recent intra-Korean dialogue that could potentially lead to an “easing of tensions” on the peninsula, the meeting in Vancouver recognized the importance of China and Russia in contributing to a long-term solution to the crisis.

The only problem is that neither Beijing nor Moscow – both neighboring North Korea and considered key players in the region – were invited to the talks. Instead, the conference was co-hosted by officials from the other side of the globe: US Secretary of State Rex Tillerson and Canadian Foreign Affairs Minister Chrystia Freeland.

On Monday, Russian Foreign Minister Sergey Lavrov called the meeting “unacceptable” and “destructive.” “When we found out about the meeting, we asked: Why do you need all those countries together?” Lavrov said. “Greece, Belgium, Colombia, Luxembourg – what do they have to do with the Korean Peninsula?”

Chinese Foreign Ministry spokesman Lu Kang said: “this meeting has no legality and representativeness at all, and China has been opposing it all along.”

“Some parties dusted off the Cold War term of ‘UN Command’ and convened a meeting where major parties to the Korean Peninsula nuclear issue are not represented. One has to question what they are going after,” Kang noted.

For over half a year, the excluded Sino-Russian alliance has been urging the US and North Korea to implement a ‘double freeze’ initiative, which envisages Pyongyang suspending its nuclear and missile programs in exchange for the US and its allies halting military exercises in the region. Tillerson on Tuesday once again brushed aside the double freeze proposal, arguing instead that Pyongyang must be choked with sanctions until it agrees to sit down for talks… And not just any talks, but those that satisfy Washington’s definition of “credible” talks.