TEHRAN, January 17 -Vietnamese executives on trial for losses at a scandal-hit state oil firm used their final statement in court on Wednesday to apologize to the ruling Communist Party, media said, as Vietnam’s biggest corruption trial for years draws to a close. 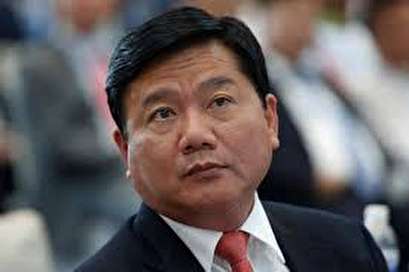 TEHRAN, Young Journalists Club (YJC) -Vietnamese executives on trial for losses at a scandal-hit state oil firm used their final statement in court on Wednesday to apologize to the ruling Communist Party, media said, as Vietnam’s biggest corruption trial for years draws to a close.

The trial of 22 former PetroVietam employees, which ends on Monday, is part of a crackdown on fraud and mismanagement that government critics say is politically motivated and targeting those close to former prime minister Nguyen Tan Dung.

Dinh La Thang, the most senior Vietnamese politician to be put on trial in decades, said he would like to “bow and say sorry” to the Communist Party, to which he remained “absolutely loyal”, according to the VNExpress newspaper.

Thang, who faces 14 to 15 years in jail over allegations of deliberate misconduct, quoted an earlier comment from General Secretary Trong, who said officials accused of wrongdoings should be encouraged to correct their own mistakes instead of being “beaten to death”, VNExpress reported.

“I trust the party leadership and the fair and objective judgment of the court,” Thang said.

Foreign media were not permitted to attend the trial.

In his final statement, Trinh Xuan Thanh also asked the People’s Court of Hanoi to send his apology to General Secretary Trong. Thanh faces a life sentence over allegations of misconduct and embezzlement.

“The lawyers have said clearly that the evidence was fuzzy and conflicting,” the Phap Luat newspaper quoted Thanh as saying in reference to the charges.

Germany says Thanh was seeking asylum there but was forcibly repatriated by Vietnam last August. Germany expelled two diplomats over the incident, but Vietnam says police arrested Thanh after he turned himself in voluntarily.

In his final statement, Thanh thanked prison officials for helping him gain the weight he lost at the start of his detention.

In a separate case linked to the crackdown on fraud and mismanagement, a fugitive Vietnamese tycoon Phan Van Anh Vu, 42, was arrested in Hanoi this month after being deported from Singapore. Vu, who was also trying to get to Germany, told his lawyers he worked for Vietnamese intelligence.