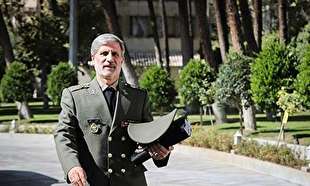 TEHRAN, Young Journalists Club (YJC) - He made the remarks after German foreign ministry spokesman said that Berlin, London and Paris are scheduled to enter talks with Tehran on missiles.

“We have not had any dialogue about the missile program, and no talks are going to be held with other countries about this issue,” he said on the sidelines of the cabinet meeting on Wednesday.

During an interview published by the Associated Press on September 27, Iranian Foreign Minister Mohammad Javad Zarif said the US president "would open a Pandora's box" if he tried to renegotiate the terms of the JCPOA.

Zarif added that the possibility of renegotiating the deal was a “myth.”