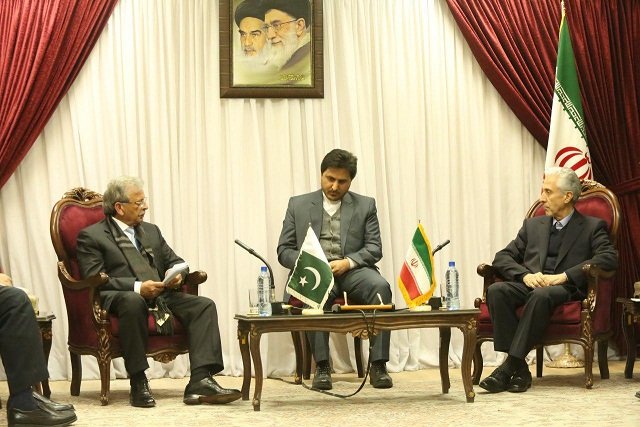 He welcomed the Pakistani minister’s suggestion to use Iran’s expertise and capabilities to establish science parks in Pakistan.

“The Islamic Republic of Iran welcomes similar plans and suggestions which lead to boosting bilateral ties between the two countries in science and technology, and it will use its utmost potential for this goal.”

“Scientific ties between the two countries can be in favor of the entire region and help settle regional problems.”
Rana Tanvir Hussain, for his part, said his country is willing to expand scientific interactions with Iran.

He said the two neighbors can work in biotechnology, energy and oceanography sectors.