TEHRAN, January 17 - An Iranian deputy foreign minister described as vital the four-month period until the next US waiver on anti-Iran sanctions and the US president’s decision about the Joint Comprehensive Plan of Action (JCPOA), saying Iran should develop trade links with the world in the meantime. 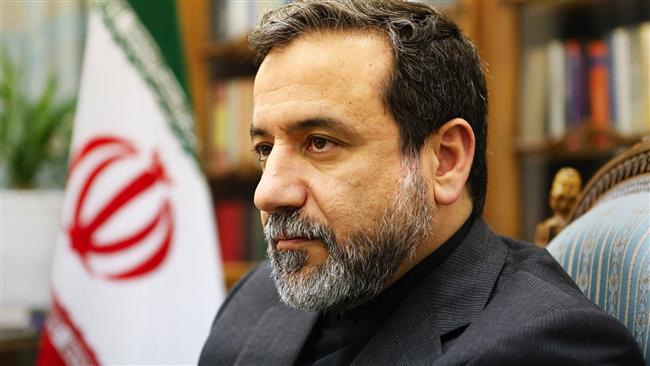 TEHRAN, Young Journalists Club (YJC) - Addressing a meeting of Iranian exporters of oil and gas products, Deputy Foreign Minister for Legal and International Affairs Abbas Araqchi called for efforts to make the most of the 4-month countdown until the US administration’s possible move to withdraw from the JCPOA, the nuclear agreement between Iran and the Group 5+1 (Russia, China, the US, Britain, France and Germany).

“This four-month period is very vital,” he said, adding that Iran should boost its economic links with Europeans, East Asians and the trade partners during these four months to strengthen the nuclear agreement.

He also noted that US President Donald Trump is seeking to “minimize” Iran’s benefits from the JCPOA, after his failure to scrap the deal.

Last week, Trump waived a series of sanctions against Iran as required under the JCPOA, but warned the European allies and the US Congress that it will be the last such waiver he signs if they fail to agree to radical changes to the nuclear deal.

With his announcement, Trump in effect began a four-month countdown until the US carries out its threat to withdraw from the JCPOA. The next sanctions waivers fall due on 12 May.

Iran’s Foreign Ministry has made it clear that the JCPOA is a valid international document that would not be renegotiated at all.