TEHRAN, January 17 - The cabinet of Czech Prime Minister Andrej Babis resigned on Wednesday, a day after losing a confidence vote on the billionaire politician’s first attempt to form a government while battling fraud allegations. 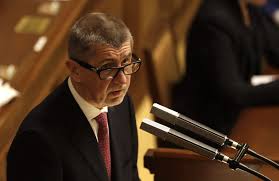 TEHRAN, Young Journalists Club (YJC) - Babis’s ANO party won a national election last October but holds only 78 of 200 seats in the lower house and has thus far been unable to persuade any of the eight other parliamentary parties to join a coalition because of the allegations, which concern EU subsidies.

The government will stay in office until a new cabinet is put in place, which could take months. President Milos Zeman, who is due to accept the cabinet’s resignation later this week, has promised Babis a second try to form a government.

With the economy powering ahead and wages rising as unemployment hovers around two-decade lows, markets have brushed off the political uncertainty.

Much of the electorate also appears unconcerned, and support for ANO has grown despite the subsidy scandal. A CVVM institute poll in December showed the party at 35.5 percent compared to the 29.6 percent it won in October.

This has made other parties wary of forcing a new election and several have declared they were open to negotiation.

However, the prime minister’s role remains a sticking point.

Police allege Babis, the country’s second-richest person, hid ownership of one of his companies a decade ago to win a 2 million euro subsidy, mostly from European Union funds, meant for small businesses. He denies wrongdoing.

Parliament’s second-biggest party, the conservative Civic Democrats, has made Babis stepping aside a condition for talks.

The Social Democrats and Christian Democrats - ANO’s former ruling partners - are open to talks but say they will not join a government with a prime minister facing a police investigation.