TEHRAN, January 18 -The so-called Free Syrian Army’s “free ride” with the Central Intelligence Agency (CIA) could be short-lived, according to Myles Hoenig, an American political analyst and activist. 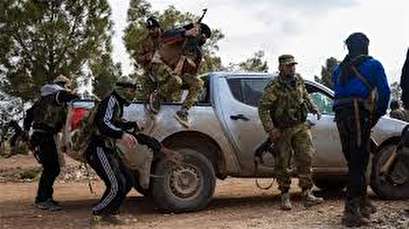 Representatives of the so-called Free Syrian Army are reportedly pressing Americans to revive the program that provides military aid to the militants fighting against the government of Syrian President Bashar al-Assad.

“Although it’s in the US’s CIA and military-corporate interest to do so, and Congress is certainly out to hurt Iran, things are far too complicated here in the US to openly return to the battle in Syria. Even though the CIA does what it wants clandestinely and with very little oversight, the public mood is not open for overt action,” Hoenig, a former Green Party candidate for Congress, told Press TV on Wednesday.

“Congress also reluctantly supports the Iran nuclear deal. It knows its standing in the world is at rock bottom and any attempt to harm what little ‘control’ it thinks it has over Iran’s nuclear program would backfire in other ways,” he added.

“With the European powers adamantly behind the deal and foreshadowing the US’s former influence, Congress going into the 2018 elections in November is just another factor in the US’s impotence, as much of the campaigning will be on how President Trump has taken the US to such depths of universal derision that treading water is the best they could hope for after November,” the analyst stated.

“The Free Syrian Army may just get what they want, as again, the CIA has its own funding source and powerful interests keep it isolated from public exposure and controls,” he noted.

“But even with Saudi Arabia’s influence and reputation growing in the Trump White House, which is serving as the main regional power opposing Iranian influence, in time we can see this all crashing in, with Jared Kushner’s and Donald Trump’s financial dealings with Saudi princes coming under greater scrutiny by the Department of Justice. The Free Syrian Army’s free ride with the CIA could be short-lived,” the commentator concluded.

In July, US President Donald Trump reportedly ended the clandestine program, to provide arms and supplies to the militant groups, who attempt to destabilize the situation Syria.

Trump tacitly confirmed the existence of the program later when he blamed the Washington Post for fabricating “the facts on my ending massive, dangerous, and wasteful payments to Syrian rebels fighting Assad.

Mustafa Sejari, a senior official in Syria’s mainstream militant group, has told Reuters, that they are seeking the revival of the program that was launched under former President Barack Obama, yet was never publicly acknowledged.

According to the Monday report, Sejari said that Iranians are “expanding without serious resistance,” and; therefore, “It is time to turn words into action.”

Both Iran and Russia are supporting the Syrian government in the fight against terrorism. Iran has been providing military advisory support for the Syrian forces at the request of Damascus.