TEHRAN, January 18 -Russian MPs are expected within weeks to submit a new draft law regulating private military companies. A global market exists for mercenary fighters and some argue Russia is missing out by trapping citizens in a legal minefield. 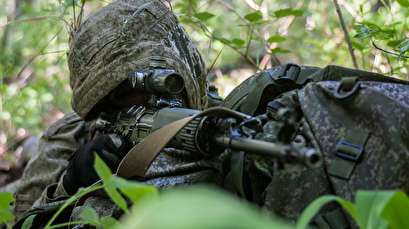 TEHRAN, Young Journalists Club (YJC) -Russian MPs are expected within weeks to submit a new draft law regulating private military companies. A global market exists for mercenary fighters and some argue Russia is missing out by trapping citizens in a legal minefield.

Private military companies (PMCs) are the modern-day incarnation of what used to be known as ‘Wild Geese’ – professional soldiers ready to prop up a regular fighting force for payment.

As national governments rose in power, the use of hired guns went into relative decline as they were pushed to the sidelines – both legally and geographically. Because the common wisdom of the 20th century held that waging wars was a job for nation states, adventurers were tolerated only in places such as Sierra Leone or Libya.

Then came the end of the Cold War. The downsizing of standing armies left a large pool of people with fighting skills idle while the breakdown of the bipolar world order, with its checks and balances, simultaneously created a larger market for their services. And after 9/11 mercenaries found themselves more in demand, as the US government was more than willing to outsource an increasing number of duties previously reserved for regular troops. Conveniently, these auxiliary hires aren’t counted in Washington's official war casualty statistics.

Today, PMCs are paid for services ranging from guarding freighter ships from pirates and catching traffickers at borders to clearing minefields and training troops belonging to more-or-less legitimate authorities. They can also be found fighting battles – just like the fabled companies of Swiss landsknechts did in the Renaissance – although this part of the gray area in which modern mercenaries operate is a bit too close to practices still officially condemned.

Russia has lagged behind many of its Western partners in taking a prominent place in the PMC service market, even though the country generates its share of recruits. This may be due to Moscow’s general suspicion of the post-1991 global security architecture or the inherent potential ‘loose cannon’ aspect of private soldiers.

Whatever the real reasons, hiring and training mercenaries, as well as operating as one, is a criminal offence in Russia. Nevertheless, the latter rule is lightly enforced with the first (and apparently only) case to end in a conviction happening in 2014.

“The situation in Syria demonstrated the need for private military companies, which are well-suited for such local conflicts,” Mikhail Emelyanov, deputy chair of the parliamentary Committee for State Building and Legislation, told RT. He said a new draft law regulating PMCs may be submitted within a month.

“The law would allow hiring employees of PMCs to take part in counterterrorist operations in foreign nations, protect allied nations from foreign aggression. And also to guard infrastructure objects like oil and gas fields or railroads,” he added.

The draft law would be the third attempt to make PMCs legal in Russia. In fact, the first draft suggested in 2012 was publicly supported by then-Prime Minister Vladimir Putin. But no legislation has materialized since. Russian PMCs, which do exist, have to register in the jurisdictions of other nations and their employees are always under the threat of prosecution in their homeland. This understandably makes them reluctant to seek help from the Russian authorities when in trouble and arguably pushes the industry towards the criminal fringes.

The only known criminal case highlights this problem. The two accused, Vadim Gusev and Evgeny Sidorov, were executives of a firm called Moran Security Group, which specialises in anti-piracy missions.

Their trial was held behind closed doors, so there is little information about their exact actions. However, according to media reports, in 2013, Moran hired over 260 Russians to guard an “energy industry site” in Syria, but failed to pay them for the job, which proved far more dangerous than promised.

Some reports claimed the Russian mercenary band’s ultimate employer turned out to be a local warlord fighting against Damascus. Others said they worked for Syria's Oil Ministry or a shady Russian oil firm, which failed to inform them that it needed foot soldiers to capture an oilfield, rather than guards to protect it. Insider reports in the industry say the firm was actually set up by its competitors in the ship protection market. There is little transparency in this semi-illegal environment, in which such stories are commonplace.

Whatever the real reasons, a Russian court sentenced the two men to three years each in prison. None of the soldiers they hired was apparently charged in this case.

“Those who want to work for PMCs need legal protection. It will ensure they are paid their due compensation, are covered by a pension system and healthcare, and that their families get aid if the man gets killed,” Anton Morozov, a member of the parliament’s Foreign Affairs Committee, told RT.

The same argument about Russian citizens not being given due legal protection was voiced on Monday by Russia’s foreign minister, Sergey Lavrov.

PMCs operating legally in Russia’s jurisdiction will become much stronger competitors in the multibillion-dollar sector, says military journalist Aleksey Leonkov. “If we have PMCs of our own, there will be interest in their services in many countries. The skills and capabilities of our military specialists are valued in the entire world.”