TEHRAN, January 18 -Amnesty International has denounced the Saudi regime’s relentless crackdown on activists and critics, urging the immediate and unconditional release of those detained for peacefully exercising their right to freedom of expression, among them a prominent cleric. 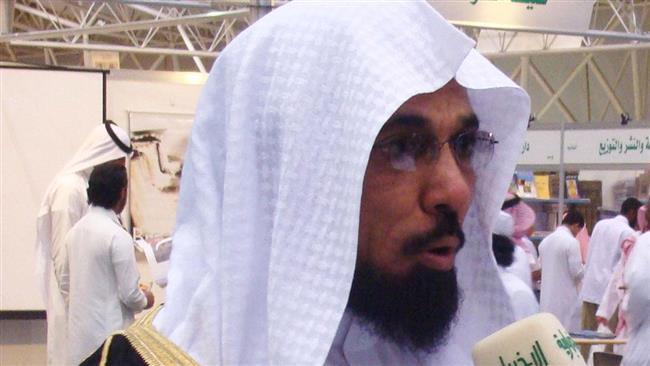 TEHRAN, Young Journalists Club (YJC) -Amnesty International has denounced the Saudi regime’s relentless crackdown on activists and critics, urging the immediate and unconditional release of those detained for peacefully exercising their right to freedom of expression, among them a prominent cleric.

Sheikh Salman al-Awda, who was arrested on September 7, 2017, has been held in solitary confinement without charge or trial.

He was apparently detained over his refusal to comply with an order by Saudi authorities to tweet a specific text in support of a Saudi-led blockade of Qatar. Awda has been prevented from communicating with the outside world since October.

His family told the Amnesty that the prominent cleric had recently been hospitalized in the Saudi city of Jeddah for an unknown reason.

The arrest “appears to be part of a wider crackdown by the Saudi Arabian authorities on freedom of expression in the country. All those imprisoned solely for peacefully exercising their rights to freedom of expression, association and assembly must be immediately and unconditionally released,” said director of campaigns for Amnesty International in the Middle-East Samah Hadid.

Hadid further lashed out at Saudi authorities for their “shameful treatment” of the prominent scholar.

“Five months after being arrested merely for exercising his right to freedom of expression, he remains held without charge or trial in cruel and inhuman conditions,” she said.

Hadid said that Saudi authorities “must ensure that he receives all necessary medical treatment, that he is allowed to communicate with his family and a lawyer, and – above all – that he is released from detention.”

Awda was among more than 20 people arrested in what the Saudi government has said was a crackdown on “intelligence activities... for the benefit of foreign parties against the security of the kingdom and its interests,” the US-based Human Rights Watch (HRW) said earlier this month .

According to his family, Awda and other prominent figures had been asked by Saudi authorities to tweet in support of the Saudi-led blockade of Qatar, but he had refused. Instead, Awda posted a tweet endorsing warmer relations with Qatar.

Saudi Arabia is one of four Arab countries, which also include the United Arab Emirates, Bahrain and Egypt, that imposed in June a trade and diplomatic embargo on Qatar, accusing Doha of supporting terrorism, an allegation strongly denied by Doha.

Over the past few weeks, Saudi authorities have arrested some 30 clerics, intellectuals and academics, known for opposing the absolute monarchy, in what multiple rights advocates have described as a coordinated crackdown on dissent.

Human Rights Watch said the detentions could be connected to efforts by the Saudi crown prince to consolidate power.