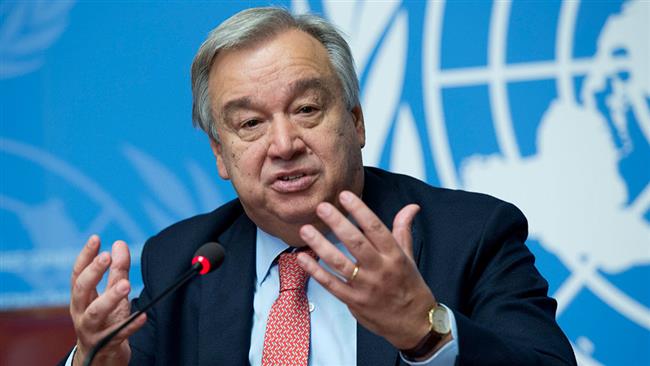 TEHRAN, Young Journalists Club (YJC) - “It also underscores the significance from the prism of international law of this accord that has been endorsed by the UN Security Council and in effect has turned it into a legally binding international document,” Kaveh Afrasiabi told Press TV in an interview on Thursday.

“It is highly ironic that the US through its various documents in the White House says that Iran is legally obligated to fulfill its obligations under the JCPOA and yet in the same breath claims that they can unilaterally withdraw and there is no legal backlash against them and they are clearly wrong on that,” he added.

Guterres has called for the implementation of the nuclear deal based on its "mechanisms," stressing that it must be preserved.

The remarks were made after US President Donald Trump's recent attempts to change the 2015 accord.