TEHRAN, January 18 - NATO's secretary-general urged Macedonia on Thursday to solve its 25-year-old name dispute with alliance member Greece and proceed with wide-ranging reforms if it wants its membership bid to succeed. 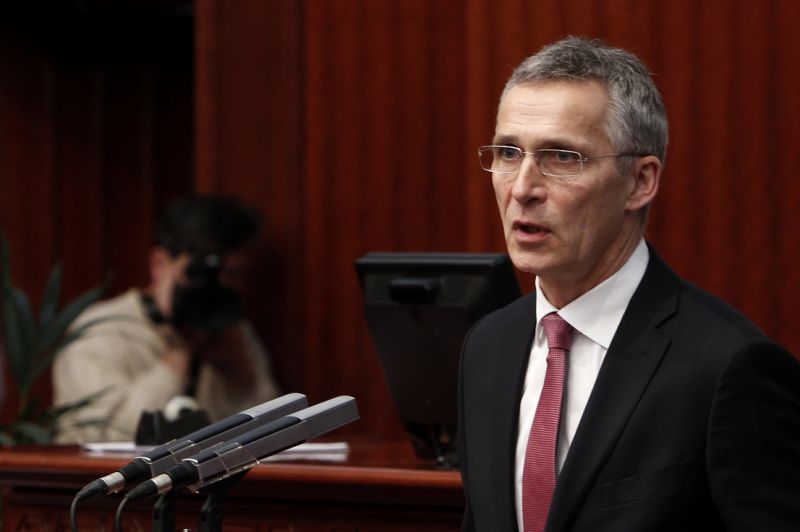 "But while it is good to be ambitious, it is also important to be realistic," Stoltenberg said in an address to the Macedonian parliament in the capital, Skopje.

"There is still much hard work to be done," he added. "That means, of course, resolving the issue of your country's name. It's an issue that has weighed on this region — and this country — for far too long."

Greece maintains that its neighbor's name implies a territorial claim on its own adjoining province of Macedonia. Macedonia, a former Yugoslav province that peacefully gained its independence in 1991, denies that, arguing that it covers an area that has been known as Macedonia for a long time.

International institutions formally recognize the country as the Former Yugoslav Republic of Macedonia, the name Greece insists on, though many countries prefer plain Macedonia.

Stoltenberg said he welcomes the willingness and resolve to solve the issue Prime Minister Zoran Zaev's left-led government has shown since coming to power seven months ago — replacing a conservative administration.

Both Greek and Macedonian officials have voiced hopes the dispute can be resolved within months.

Negotiators from both sides met in New York on Wednesday at a meeting held by the U.N. mediator on the issue. Shortly after the talks, the Macedonian government said the outcome would depend "on the willingness to compromise on both sides."

Stoltenberg also met Macedonian president Gjorge Ivanov, as well as the ministers of defense and foreign affairs, and was due to hold talks with Zaev.