TEHRAN, January 18 - Senior Iranian commander Major General Qassem Soleimani praised the axis of resistance for defeating terrorists in Syria and Iraq, saying such a major victory against Takfiri groups, which had 7,000 suicide attackers, has greatly contributed to calm in the region and the world. 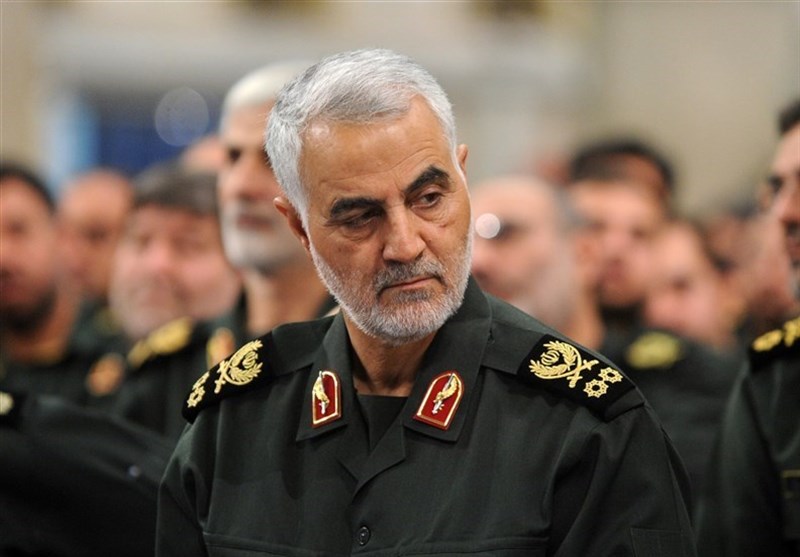 TEHRAN, Young Journalists Club (YJC) - Addressing a cultural ceremony on Thursday, Commander of the Islamic Revolution Guards Corps Quds Force Major General Soleimani said a victory for Takfiri terrorists in Syria and Iraq “could have changed the history of the region and the world’s path”.

“In this event (rise of terrorists in Syria and Iraq), the Takfiri groups, either under the name of Daesh (ISIL) or others, emerged in a more frightening way than any other group. They had around 7,000 suicide forces,” the general said.

He added that the axis of resistance’s victory against Takfiri terrorists in Syria and Iraq belongs to all people of the world.

The general also pointed to the Islamic Republic of Iran’s clout and external power, saying those victories are mainly the results of Leader of the Islamic Revolution Ayatollah Seyed Ali Khamenei’s wise guidance.

On November 21, 2017, Major General Soleimani declared that the self-proclaimed caliphate of Daesh (ISIL) terrorist group had formally collapsed in Islamic territories after recapture of its last stronghold in Syria’s Albu Kamal.

In a letter to Ayatollah Khamenei at the time, General Soleimani described the victory as a result of favor of God, wise leadership of Ayatollah Khamenei, smart guidance offered by top Shiite cleric Grand Ayatollah Seyed Ali al-Sistani, the fortitude shown by the Iraqi and Syrian governments, the great efforts made by the Armies and young forces of those two countries -particularly by Hashd al-Shaabi-, the mighty and influential presence of Hezbollah, and the measures taken by the Iranian president, parliament, Defense Ministry, military and security forces.

On November 19, Daesh terrorists were flushed out of their last stronghold in Syria’s Al-Bukamal. The city’s liberation marked an end to the group’s self-proclaimed caliphate it had declared in 2014.

Daesh militants made swift advances in northern and western Iraq over the summer of 2014, after capturing large areas of Syria.

But the timely support by Iran helped Syria and Iraq fight off Daesh. In addition, formation of military units by volunteers in Iraq, known as Hashd al-Shaabi or Popular Mobilization Units, blunted the edge of Daesh offensive and later made the terror group withdraw from much of the territories it had occupied.