TEHRAN, January 19 - US lawmakers have put forward a bill at the House of Representatives, seeking to “tighten” the term of a 2015 multinational nuclear deal with Iran, despite international warnings for Washington to stop attempts to undermine the accord. 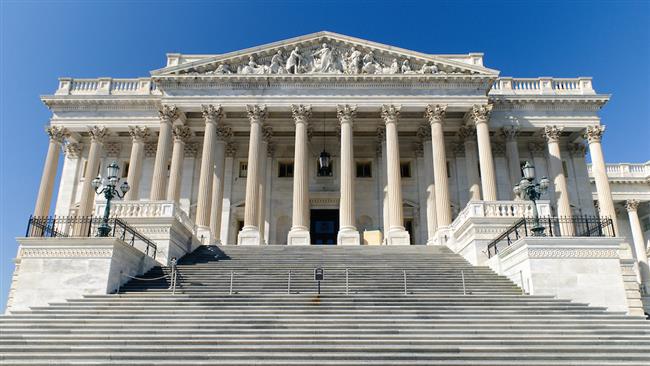 The proposed legislation “makes clear what any effective agreement would have to contain,” Cheney said in a statement.

The United States, under President Donald Trump, has been aggressively pushing against the agreement.

However, the deal’s other signatories -- the UK, France, Russia, China, and Germany -- have hailed it as a diplomatic triumph and a pillar of regional and international diplomacy.

They have also praised Iran’s full compliance with its side of the agreement, called the Joint Comprehensive Plan of Action (JCPOA), warning Washington against attempts to link unrelated issues to the accord, which has been endorsed by a UN Security Council resolution.

Trump has, on occasions, threatened to “tear up” the agreement or withdraw US’s participation in it despite the fact that the deal is multinational.

A robust defense of the agreement came earlier at a United Nations Security Council meeting.

Russia’s Foreign Minister Sergei Lavrov said at the meeting that possible collapse of the deal would send an “alarming” message to the world, while UN chief Antonio Guterres noted that it was in the world’s interest that the agreement “be preserved.”

Cheney further said a deal with Iran would need to “at a minimum, authorize anywhere, anytime inspections including inspections of military facilities; disclosure of all past and present, military and civilian nuclear activity; a ban on weapons-grade enrichment; and a restriction on ballistic missile development.”

Iran asserts that its nuclear activities have never had any military dimension -- something repeatedly verified by the International Atomic Energy Agency (IAEA), which is tasked with monitoring the technical aspect of the JCPOA’s implementation.

Tehran had also the so-called possible military dimensions (PMD) of its nuclear program case closed in December 2015, when the IAEA said it had found no indications of diversion of nuclear material for non-civilian objectives in Tehran’s nuclear work.

Since Trump’s inauguration last year, the US has also imposed many rounds of sanctions against legal and natural persons, associating them with Iran’s conventional missile program. Tehran has slammed those bans a violation of both the letter and spirit of the deal.

Cheney added that the legislation “will ensure that sanctions on Iran will only be relaxed if Iran meets these crucial requirements,” criticizing the current agreement for allegedly delivering "sanctions relief and cash payments” to Iran in exchange for “unverifiable promises.”

The agreement has lifted all nuclear-related sanctions against Iran. Since its conclusion, however, the US has been cautioning foreign enterprises against re-entering transactions with Iran.

A parallel bill aimed at “toughening” the nuclear deal is under consideration in the Senate.

Iran’s Foreign Ministry has said it “will not accept any amendments in this agreement.”

Deputy Foreign Minister Abbas Araqchi reaffirmed on Tuesday that the JCPOA “drew a line” between the missile program and the nuclear issue, saying that no party could now claim that Iran’s missile tests violate the nuclear agreement. He emphasized that the country’s defense program is “not up for either negotiation or compromise.”