TEHRAN, January 19 - The possible collapse of the 2015 Iran nuclear deal would send an "alarming" message to the world, says Russian Foreign Minister Sergei Lavrov, advising signatories of the deal against abandoning it to pursue their own interests. 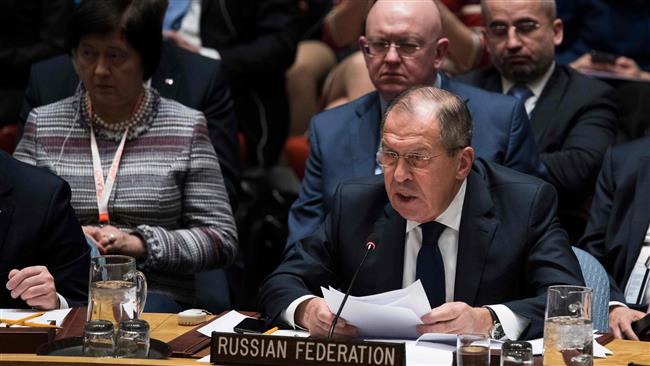 TEHRAN, Young Journalists Club (YJC) - The top Russian diplomat told a UN Security Council meeting about weapons of mass destruction on Thursday that the deal between Iran and six world powers -- the US, the UK, France, China, Russia and Germany -- is ''a genuine achievement of international diplomacy.''

Lavrov also denounced the US' stance vis-a vis the nuclear agreement as politically-motivated, saying the deal cannot be abandoned "for the benefit of political agendas of certain countries."

Known as the Joint Comprehensive Plan of Action (JCPOA), the agreement limits parts of Iran's peaceful nuclear program in exchange for removal of all nuclear-related sanctions.

"Clearly the failure of the JCPOA, especially as a result of one of the parties... would be an alarming message for the entire international community architecture," Lavrov said at the Security Council.

UN Secretary-General Antonio Guterres also addressed the council on Thursday, noting that it was in the world's interest that the agreement "be preserved."

The remarks came in response to US President Donald Trump, who has been trying to undermine the deal by threatening to pull his country out of it unless it is "fixed."

The American head of state argues that Iran’s development of ballistic missiles for defensive purposes is in breach of a Security Council resolution that endorses the JCPOA.

He has also complained that the JCPOA-related restrictions have an expiration date and that underscores the need for toughening the "embarrassing" deal.

The International Atomic Energy Agency (IAEA) has repeatedly verified Iran’s adherence to the terms of the JCPOA since January 2016, when the deal took effect.

In October, Trump defied all the other signatories of the accord and refused to certify the Islamic Republic's compliance with the agreement.

Tehran has denounced Washington’s constant violations of the JCPOA, warning the Trump administration that it will respond to any breach accordingly.