TEHRAN, January 19 - Saudi Arabia's delegation to the World Economic Forum (WEF) in Davos next week will be led by state minister Ibrahim al-Assaf, who was released from detention related to an anti-corruption purge in November, Saudi sources said. 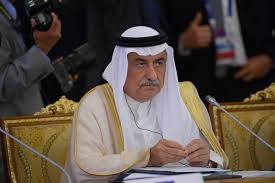 TEHRAN, Young Journalists Club (YJC) - Assaf, who was also a former finance minister and a board member of national oil company Saudi Aramco, was among people detained and under investigation by a new anti-corruption body, a senior Saudi official had told Reuters.

After he was seen attending a cabinet meeting earlier this month, a Saudi source said he had been cleared of wrongdoing and retained his positions as minister of state and adviser to the king.

Saudi security forces have rounded up dozens of princes, ministers and business leaders and converted the Ritz-Carlton Hotel in Riyadh into a luxurious prison in what the authorities said was a crackdown on corruption.

The move was also widely seen as helping Crown Prince Mohammed bin Salman consolidate his grip on power after he ousted his cousin as heir to the throne in the summer.

Some detainees have cut deals with the government, handing over cash or assets in exchange for their freedom.

Assaf's restoration appears to suggest that influential figures might keep their positions if they cooperate with the investigations.

The government media office did not immediately respond to a request for comment.