In fight over Russia memo, Republicans have unusual ally 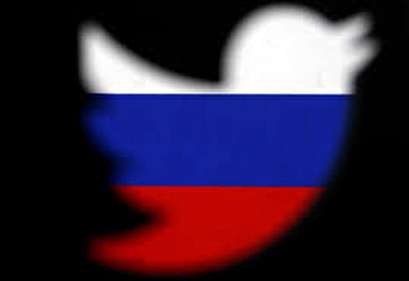 As Republicans called for the release of a classified memorandum that they say shows anti-Trump bias at the Justice Department, a network of Kremlin-controlled Twitter [TWTR.N]accounts swung into action to amplify that demand, according to specialists who monitor online activity sponsored by Moscow.

The use of the hashtag #releasethememo increased 315,500 percent in roughly 24 hours on 600 Twitter accounts known or suspected to be under Kremlin influence, according to the Alliance for Securing Democracy, a project of the nonpartisan German Marshall Fund think tank.

“I’ve never seen anything quite like it,” said Bret Schafer, an analyst at the Alliance.

The data can be seen at: here

There is no evidence that the Republican and Russian-backed attacks on Mueller are coordinated, but the storm underscores the role social media can play in driving political discourse.

The #releasethememo Twitter cloudburst also appears to be a microcosm of what U.S. intelligence officials say are Kremlin efforts to fan political divisions in the United States after having meddled in the 2016 presidential election, according to a declassified January 2017 U.S. intelligence assessment.

Wikileaks, the transparency group that published emails from Democratic Party organizations that U.S. intelligence officials say were stolen by Russian military intelligence during the 2016 campaign, on Friday offered to match a reward of up to $1 million for anyone who gives it the memo.

The Alliance for Securing Democracy says the 600 Twitter feeds it monitors include accounts from actors such as Russian state-run media RT and Sputnik; others that are pro-Russian and amplify government themes; and a third group that is influenced by the first two and “may or may not understand themselves to be part of a pro-Russian social network.”

Moscow has long denied any such meddling.

J.D. Maddox, who worked as a counter-terrorism official at the State Department and CIA, cautioned that the data do not necessarily pinpoint the primary driver of a social media trend.

“The only conclusion you can draw right now is that certain Russian accounts that have previously been associated with pushing anti-American narratives are also pushing this narrative and pushing it effectively,” said Maddox, an adjunct professor of national security at George Mason University.

At issue is a classified memo commissioned by Rep. Devin Nunes, the Republican chairman of the U.S. House of Representatives Intelligence Committee who last year said he was removing himself from the Trump-Russia probe.

In a rare joint statement, the committee’s nine Democrats called the document “a misleading set of talking points attacking the FBI” and drawn from “highly classified” documents.

The Republicans, they said, made the memo available to all House members in preparation for a public release “for the political purpose of spreading a false narrative and undermining” Mueller and the FBI.

Republicans have suggested the memo shows the FBI and Justice Department are biased against the president and, along with U.S. intelligence agencies, improperly surveilled members of Trump’s 2016 campaign.

Current and former senior U.S. intelligence officials deny that they conducted any improper surveillance. Democrats on the panel think material in the memo is mischaracterized and taken out of context, said the committee source, who spoke on condition of anonymity.

Jack Langer, a spokesman for Nunes, did not respond directly to a request for comment on the Russian-linked internet activity surrounding the memo.