The Iran men’s national handball team has booked a berth in the main round of the 18th edition of Asian Men's Handball Championship in South Korea, recording a narrow win over Japan. 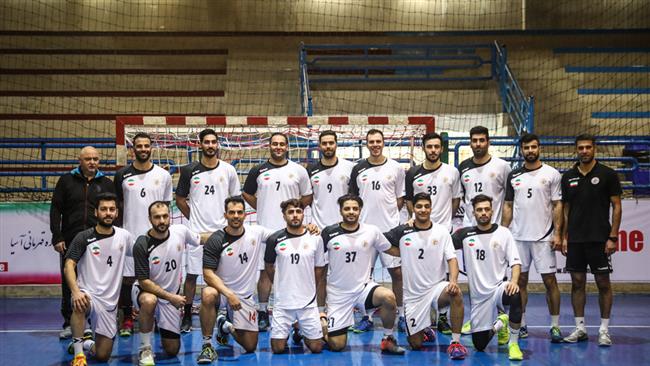 On Saturday, the Iranian team defeated the Japanese side 37-32 in its last Group A fixture staged at Seo-Suwon Chilbo Gymnasium in Suwon, located about 30 kilometers (19 miles) south of the capital Seoul.

The Iran men’s national handball team will take on South Korea on Tuesday.

The 2018 Asian Men's Handball Championship kicked off on January 18, and will run through January 28.

It acts as the Asian qualifying tournament for the 2019 World Men's Handball Championship. For the first time, Australia, New Zealand and Bangladesh have participated in the event.

Iran had been drawn in Group A along with Iraq and Japan.

Australia, Bahrain, Oman and Uzbekistan were in Group B.