TEHRAN, January 20 - The departure of Joshua Black, the US State Department’s most experienced sanctions negotiator, has raised questions whether a “brain of drain” of experts could hamstring the Trump administration’s ability to enforce its aggressive sanctions policy against Iran. 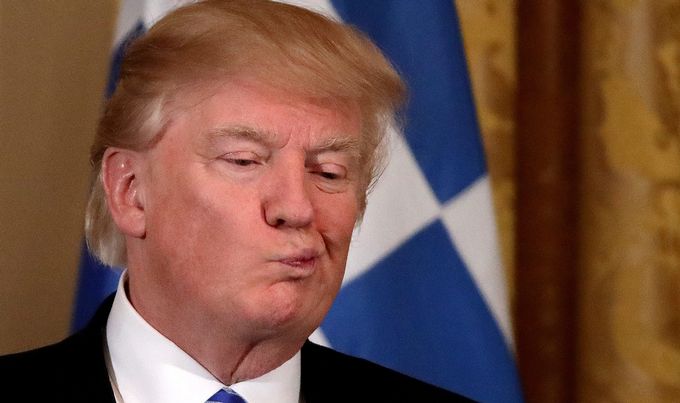 TEHRAN, Young Journalists Club (YJC) - In an article published on Friday, Foreign Policy, an American magazine, warned that an exodus of sanctions experts from both the State and Treasury departments could cripple the US government’s ability to effectively craft sanctions in the future.

On Friday, Black, a chief US sanctions and counterterrorism expert at the United Nations stepped down from his post.

Several current and former US officials told Foreign Policy that Black resigned due to a growing disillusionment with the administration of President Donald Trump, which was contemptuous of multilateral institutions and that was scrapping the landmark nuclear deal with Iran.

In a farewell note, Black hailed the day when the agreement, known as the Joint Comprehensive Plan of Action (JCPOA), was signed as a meaningful day in his life.

On July 14, 2015, the JCPOA was clinched “against all human odds,” he wrote, adding, it was one of “life changing experiences. We made the world safer. America at its best.”

“To state the obvious: we are living through tough times for our country,” Black pointed out. “Americans are so divided. Appeals are being made to our baser instincts, not our better angels. Our foreign counterparts are concerned, wondering if the United States will lead the world in confronting the greatest challenges.”

Black’s resignation came at a time that the White House has adopted a new approach by bypassing the State Department’s seasoned veterans while tasking the military and intelligence establishment to step up their surveillance of alleged sanctions violations by Iran and North Korea.

Richard Nephew, a former State Department official who served as the lead sanctions expert on the negotiating team for the JCPOA, described Black’s departure as a major setback in line with a wider exodus of professionals from the State Department.

“This, to me, is just yet another person who knows what they’re doing who’s not going to be there anymore,” Nephew told Foreign Policy. “He (Black) has deep relationships with the other delegations in New York.”

Separately on Friday, Nephew criticized the US president for setting out “unreasonable” demands regarding the nuclear pact.

“I am very concerned that it will not survive May 2018. Mr. Trump has set an unreasonable list of demands out that I do not think any realistic European or Congressional agreement could satisfy,” he told the CNBC TV channel.

“The simple reality is that Trump hates the JCPOA even as he doesn’t understand it. And though his advisors are attempting to get him to think about it more pragmatically, their perennial struggles don't auger well for its survival," he added.

Earlier this month, Trump extended waivers of key economic sanctions on Iran, which were lifted under the JCPOA, for another 120 days but said he was doing so “for the last time.”

He also called on European allies and Congress to work with him to “fix the disastrous flaws” in the nuclear agreement or face a US exit.

Share to
Related News
Shutdown talks with Trump like negotiating with jello: Schumer
US president urged S Korea's Moon to give him credit for N Korea talks
Below the belt: 6 most personal attacks on Trump during his first year in White House
Tags
Tump ، sanctions ، Iran ، Joshua Black
Your Comment