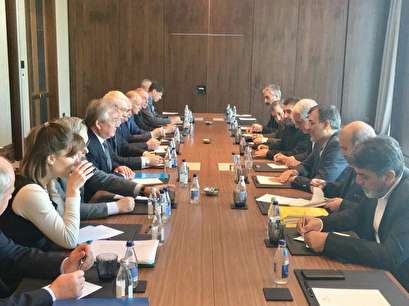 TEHRAN, Young Journalists Club (YJC) - During the meeting, they conferred on ways to hold Syrian national talks scheduled for late January in Sochi.

The Syrian National Dialogue Congress will be held in Sochi on January 29-30 following a similar initiative by Russia, Iran and Turkey in Kazakhstan.

Many hope the talks could bring an end or significantly reduce the militancy in Syria although the United Nations insists that the initiative should not circumvent efforts led by the world body for reaching a political solution in Syria.

On November 22, Iranian President Hassan Rouhani and his Russian and Turkish counterparts Vladimir Putin and Recep Tayyip Erdogan met in Sochi. They agreed to hold the Syrian National Dialogue Congress in the Russian city aimed at bringing to the table both the Syrian government and various opposition groups willing to enter into peace talks with Damascus, Presstv reported.