TEHRAN, January 20 - An oil slick and possible oil leak from an Iranian oil tanker that sank in flames off China’s east coast is raising fears of damage to marine wildlife but an expert says those concerns are misplaced. 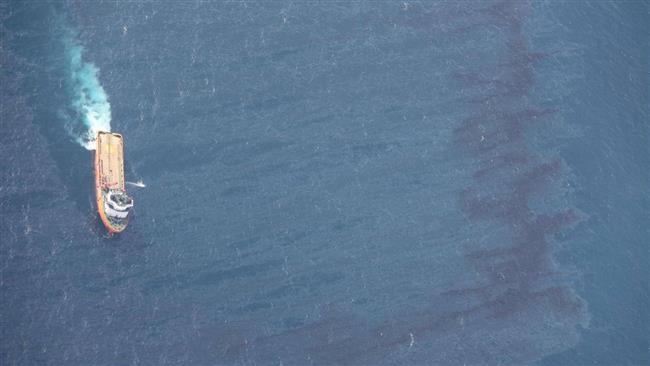 TEHRAN, Young Journalists Club (YJC) - “Those waters have been so denuded over the last three decades that fishermen normally bypass the area and go further afield for a bigger catch," He Pemin of Shanghai Ocean University wrote on the Bloomberg news website.

On Friday, Chinese officials said the tanker might be leaking heavy bunker fuel and light oil and that the best solution way to recover the vessel.

The Sanchi was carrying about one million barrels of condensate - an ultra-light, highly flammable crude oil - to South Korea when it was hit by Chinese bulk ship CF Crystal on Jan. 6 and caught a massive fire.

The tanker then drifted ablaze for eight days with a crew of 30 Iranians and two Bangladeshis, who are all believed to have died, before sinking.

On Saturday, Iran's Deputy Minister of Road and Urban Development Mohammad Rastad said the Sanchi built in 2008 was one of the youngest vessels in the National Iranian Tanker Co (NITC) fleet. It had insurance coverage for damage and indemnity because of its world-class standards.

Chinese authorities said Friday the vessel is thought to have been carrying about 1,000 tonnes of bunker fuel used in its engines, which was probably leaking.

The British daily The Independent quoted a research fellow at Greenpeace International as saying that the ship had sunk in an important spawning ground for species in an area which was also on the migratory pathway of several marine mammals.

Bunker fuel is toxic to marine organisms and difficult to remove from the sea once spilled. According to Babatunde Anifowose at the University of Coventry, the spill could potentially have irreversible environmental impacts depending on the state of aquatic resources, the Independent reported.

However, Huo Chuanlin of the State Oceanic Administration’s Ecological Protection Department said no oil spills had been detected near the coast.

As for the impact on ocean life, He Pemin brushed aside those fears, saying there is not much marine life left to kill in the disaster zone because of massive overfishing in China's territorial waters.

China's hunger for seafood is fast outstripping its domestic resources, leaving behind “a depleted environment for the hundreds of millions of Chinese who live along the coast,” he wrote.