TEHRAN, January 20 - President Hassan Rouhani said Iran is resolved to strengthen its relations with Cuba, especially in the economic sector, expressing his opposition to the sanctions policy targeting independent nations. 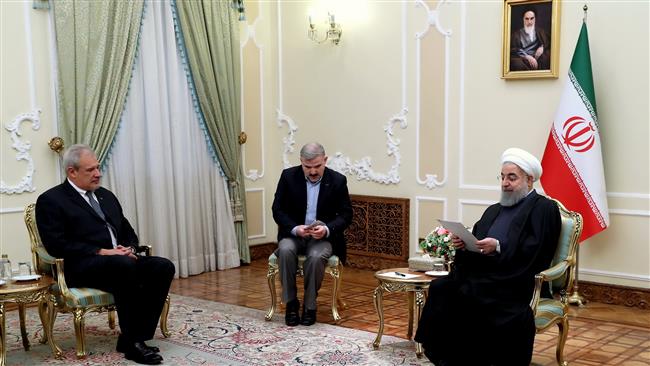 TEHRAN, Young Journalists Club (YJC) - Rouhani made the remarks on Saturday while receiving the credentials of Cuban Ambassador to Tehran Alexis Bandrich Vega.

Rouhani said Iran and Cuba are two revolutionary countries that enjoy very good ties, emphasizing that the Islamic Republic “is determined to develop relations with the Cuban government and will follow this path.”

The Iranian chief executive also stressed that the capacities should be activated for boosting Tehran-Havana ties in different economic fields, particularly in the science and energy sector.

He further slammed sanctions as an inappropriate and worn-out tool, saying Iran is “opposed to the imposition of oppressive sanctions against independent nations, including Cuba.”

The Cuban ambassador, for his part, hailed Iran’s effective role in resorting stability and security to the region and the entire world.

He noted that Havana was determined to increase its economic and political relations with Tehran.

Cuba believes that the enhancement of ties with Iran in all areas is the best way to counter unfair sanctions against the two countries at a time when the US is using pressure to impose its own views on the world, he pointed out.