TEHRAN, January 21 - US Vice President Mike Pence has met with Egyptian President Abdel Fattah el-Sisi after starting his Middle East tour amid outrage over President Donald Trump’s globally condemned decision to recognize al-Quds as the capital of the Israeli regime. 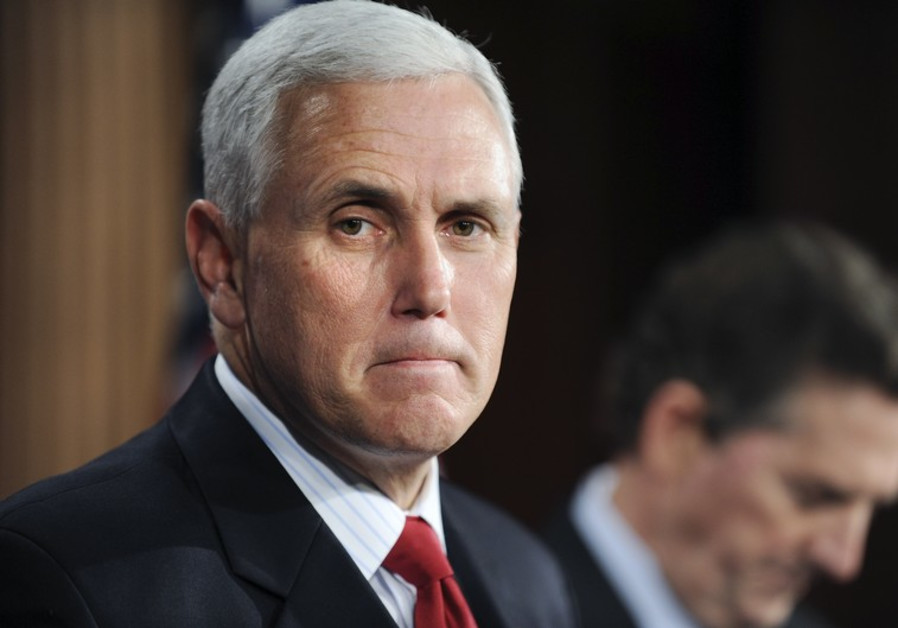 TEHRAN, Young Journalists Club (YJC) - Pence told reporters in Cairo on Saturday that Egypt’s objection to the decision is “disagreement between friends,” adding “We heard President el-Sisi out.”

Even before making the decision, Trump had shattered any prospects of the two-state solution, but Pence still assured Sisi that he would pursue the so-called solution.

“My perception was that he was encouraged by that message,” said the former Indiana governor, who himself played a key role in the decision.

Pence, a conservative Christian, is the most senior American politician to visit the region after the decision.

The vice president later arrived in Jordan, where King Abdullah has warned against the decision.

Pence will also be meeting with Prime Minister Benjamin Netanyahu in Israel, where he will be “warmly welcomed,” according to Reuters.

The vice president who mostly focused on the so-called two –state solution in the meeting with Sisi, is not even scheduled to meet Palestinian leaders.

“(Sisi) noted that a solution for the Palestinian-Israeli conflict will only come through negotiations based on a two-state solution, and Egypt would spare no effort to support this,” a statement from the Egyptian presidency said.

Pence’s visit to Cairo serves as the highest-level one by a top US official in nearly a decade.

Palestinians have called on other Arab countries not to receive Pence.

"There is no justification to receive the US official, since his statement confirmed adoption of al-Quds as the capital of Israel," said Fawzi Barhoum, a spokesman for the Palestinian resistance movement Hamas.

Osama Qawasmi, Fatah's spokesman in the West Bank, also told Xinhua that, "Pence's visit to the region is totally unwelcome since he is a blind supporter of Israel."

The head of Israel's Arab coalition party also vowed to boycott Pence’s visit, asserting that he could cause “the destruction of the entire region.”

"We were asked if there's a change in our position regarding Pence's visit… He is a dangerous man with a messianic vision that includes the destruction of the entire region,” Ayman Odeh, wrote on Twitter. "He comes here as the emissary of a man who is even more dangerous… a political pyromaniac, a racist misogynist who cannot be allowed to be lead the way in our region.”

Apart from Netanyahu, the US vice president is scheduled to meet Israeli President Reuven Rivlin, visit the Western Wall, and give a speech at the Israeli parliament (Knesset) in al-Quds, which Palestinians claim as their future capital.

Pence made the visit as his boss was facing his first major legislative crisis, that has led to a government shutdown.

“He is always in the right place at the right time, discreet, dedicated and freakishly absent from tumultuous events,” Mary Matalin, a former counselor to Vice President Dick Cheney, told Politico.

On December 6, Trump made the controversial announcement in a speech at the White House, saying his administration would also begin the process of moving the American embassy in Tel Aviv to the holy city, which is expected to take years.

His decision provoked mass protests worldwide, with many leaders of Islamic countries harshly denouncing the US president.