State of emergency declared in Jamaica city amid crime wave

TEHRAN, January 21 - Jamaica has declared a state of emergency in the island's second city Montego Bay, where authorities are battling to stem a wave of killings. 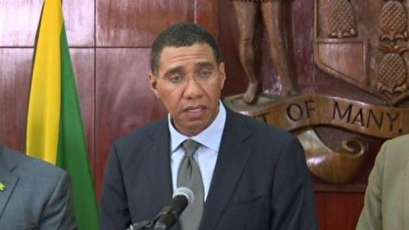 TEHRAN, Young Journalists Club (YJC) - Jamaica has declared a state of emergency in the island's second city Montego Bay, where authorities are battling to stem a wave of killings.

Tourists have been urged to remain in their resorts following the declaration by Prime Minister Andrew Holness on Thursday, resulting in the deployment of thousands of members of the military and police in the city of 200,000, home to some of the biggest and most luxurious resorts on the island.

The move came days after the United States upgraded its travel advisory to its citizens. Canada and Great Britain issued warnings following the declaration of emergency.

"You should limit your movements outside of resorts in the area at this time, and exercise particular care if travelling at night," Britain's foreign office said on its website.

Montego Bay has seen its murder rate rise over several years, with a record 335 deaths in 2017, most tied to gang violence and an illegal lottery scam that has fleeced hundreds of mostly older Americans out of millions of dollars.

Earlier in the week, Holness had said his government had "reached the point where we are now prepared to take these firm and resolute measures to ensure that the crime monster does not destabilize the promising future that is in store for Jamaica."

He added that under the state of public emergency the security forces would have extraordinary powers, and some rights would be suspended, but said it did not mean that force would be arbitrary or beyond review.

Fitz Jackson, a spokesman for the opposition, said his People's National Party "lends qualified support to this effort and will await the regulations governing the operations of the state of emergency which are required to be placed before the parliament."

The move was also supported by the Jamaica Chamber of Commerce, citing the danger violence represents to the tourism-dependent economy.

Amnesty International has in the past criticized Jamaican authorities for a large number of unlawful killings carried out by police and their intimidation of victims' families.