TEHRAN, January 21 - The Syrian government on Saturday strongly condemned the “brutal Turkish aggression” against the Kurdish-controlled enclave of Afrin, and categorically rejected Ankara’s claim about having informed Damascus of the operation. 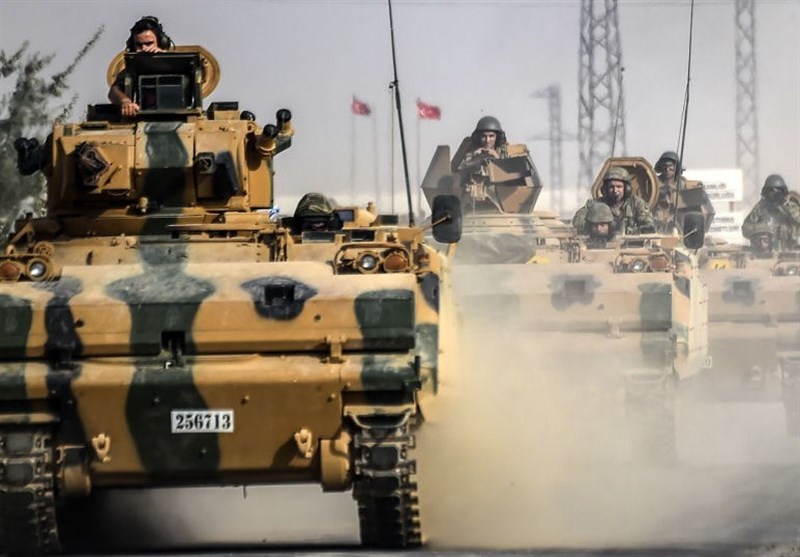 "Syria completely denies claims by the Turkish regime that it was informed of this military operation," the source added.

Earlier in the day, Turkish Foreign Minister Mevlut Cavusoglu told the 24 TV broadcaster that Ankara was informing the Syrian government "in writing" on the Afrin assault.

Russia has voiced concern about a Turkish military operation in Afrin region, calling on the sides to exercise restraint.

Turkey has been re-mobilizing troops and tanks at its southern border, targeting US-backed Kurdish fighters in Syria since Friday, Press TV reported.

The Turkish army has pledged to “eradicate” the “threat” from the Kurdish fighters in its ground operation in Afrin.

Ankara associates the Kurds with the outlawed Kurdistan Workers’ Party, which has been engaged in an armed conflict against Ankara for decades.

Turkey deployed troops to northern Syria in August 2016 without Damascus’ approval under the pretext of fighting the Takfiri terror group of Daesh. The operation, named Euphrates Shield, however, was later seen as turning its focus on the Kurds.

The operation ended last March, but Turkey recently redeployed its forces after the United States announced a plan to set up a new 30,000-strong “border security” force, including the Kurdish fighters, near the Turkish border. Washington had already angered Ankara by reneging on its promise of stopping its arms transfers to the Kurds and retrieving the weapons it had already given to them.