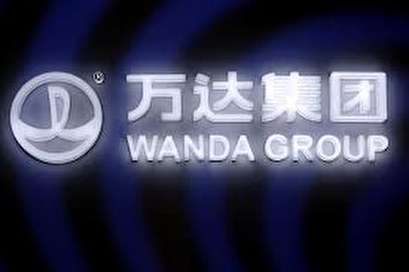 The property-to-entertainment group, owned by tycoon Wang Jianlin, reported 227.4 billion yuan ($35.54 billion) in revenue for last year, while net profit remained flat compared with 2016, according to a statement posted on the company’s website on Saturday. It did not reveal the profit figure.

Total assets, of which 93 percent are domestic, declined 11.5 percent to 700 billion yuan.

The group came under pressure last year from a government crackdown on perceived risky spending overseas and high levels of corporate debt. Banks heightened their scrutiny and ratings agencies downgraded its property unit to junk status.

The Chinese conglomerate is expected to announce the sale of two Australian property projects in the coming days, sources have told Reuters, the latest in a string of asset sales as the firm looks to reduce its portfolio after a major acquisition spree.

Wanda said last week it had agreed to sell its interests in the London luxury development project, One Nine Elms, for $81 million.

Wang, Wanda’s chairman, said on Saturday Wanda had greatly reduced its debt and would use its “limited cash” in developing Wanda Plazas, the group’s core business.

“Wanda invested in a few projects overseas in the past few years and now we have decided to clear all overseas debt,” Wang said in a speech at the group’s annual meeting, which was published on its website on Sunday.

Wanda is considering a listing for its sports assets as part of efforts to rationalize its portfolio, according to people familiar with the situation.

For 2018, Wanda Group has set a revenue target of 247.9 billion yuan, with around half coming from the commercial real estate arm, according to Wang.

The chairman also pledged to reduce Wanda’s corporate debt through all available means, including the sale of non-core assets and minority stakes of the businesses it controls.

The group plans to lower corporate debt to the “absolute safe” level in two to three years, he added.