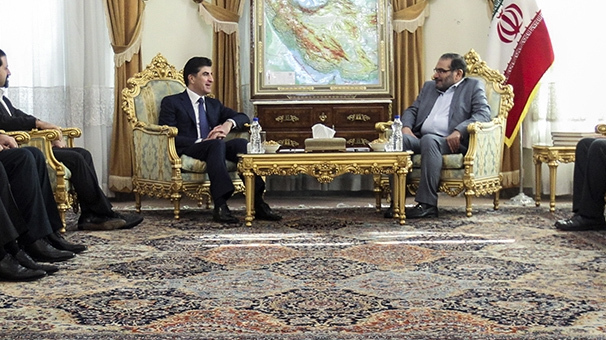 TEHRAN, Young Journalists Club (YJC) - “It cannot be tolerated at all that some anti-revolution groups use Kurdish lands to assassinate our soldiers and citizens and return to Kurdistan controlled lands and then flagrantly claim the attacks in their interviews with officials Kurdish media,” he said in a meeting with Nechirvan Barzani, Prime Minster of the Kurdistan Regional Government (KRG) here in Tehran.

He also said defeating Daesh and complete liberation of Iraq and freedom of Iraqis from the region’s biggest terrorist threat is promising a better future for united Iraq and overcoming foreign plots seeking discord in this country.

He noted that some regional and cross-regional countries are after undermining Iraq and large countries in West Asia, calling for vigilance and keeping in mine national interests and interests of the Islamic World to prevent materialization of these colonialism plots such as ‘Greater Middle East’.

Barzani, for his part, said connection between Iran and KRG is a historical one and the KRG is proud of friendship with the Islamic Republic of Iran.

Expanding ties and cooperation between Iran and KRG would not be overshadowed by attempts of ill-wishers and “we will use our utmost potential to prevent security threats against Iran.”