‘How did life form from rocks?’ Protein puzzle reveals secrets of Earth’s evolution

TEHRAN, January 22 -How did life begin on Earth? That is a question pondered by humans for millennia. But while the answer remains elusive, a team of scientists believe they’ve found the key mechanism behind life’s essential ingredient – protein. 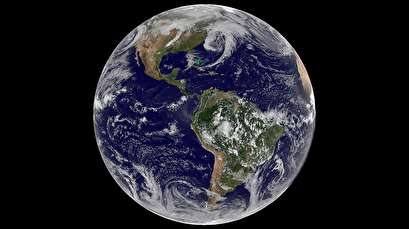 TEHRAN, Young Journalists Club (YJC) - How did life begin on Earth? That is a question pondered by humans for millennia. But while the answer remains elusive, a team of scientists believe they’ve found the key mechanism behind life’s essential ingredient – protein.
Amino acids are the ‘building blocks' of proteins, one of the prerequisites for life in any known form. These ‘blocks’ are everywhere and scientists from Durham University think they may know how they are made – a discovery that could even have implications beyond our planet.

“Before life existed, how did proteins appear from inorganic material? From geology to biology, that really is the big question. How did life form from rocks and other inorganic materials?” the study’s lead author Valentina Erastova said in an interview with RT.com.

For researcher Matteo Degiacomi, the challenge was to figure out which one of the essential ingredients was fundamental to the beginning of life on Earth. “The most important things for life: you need to have DNA and proteins. Technically that’s quite problematic because nowadays to make proteins you need DNA, but to work with DNA you need proteins – so it’s a kind of chicken and egg. Which came first?” Degiacomi said.

Both Erastova and Degiacomi think the answer lies in a unique type of clay that was present on early Earth and which could also be found on other planets with a similar geological composition. In their research, published in the journal Nature Communications, the team found that amino acids inserted themselves between layers of wet and drying mud and then, over thousands or millions of years, joined together to form chains of proteins that spread out and into the world.

“We have a good belief that the amino acids were there. Amino acids are charged as is the clay, the layers are charged, amino negative, clay positive,” Erastova said. This interplay of charges is one of the reasons the amino acids can form a chain inside the protected environment of the layered mud.

“To form a bond between two molecules you need them to be close and they must be arranged in a specific way,”Degiacomi adds, pointing out that within this clay the molecules can do just that. Essentially, the clay acts as an incubator, allowing the amino acids to stick close together, bond and create proteins that detach and spread out much farther afield to repeat the process, eventually leading to the advent of all life as we know it and possibly not just on Earth.