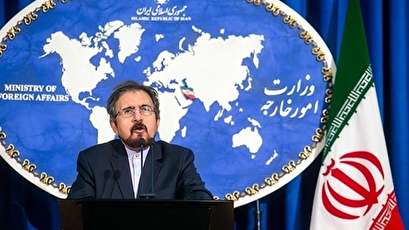 TEHRAN, Young Journalists Club (YJC) - He made the remarks after US President Donald Trump threatened to block sale of Airbus and Boeing planes to Iran.

“The US, as one of the sides of the JCPOA, has been committed to the deal. According to article 22 of the JCPOA, the US is obliged to facilitate selling civil planes to Iran and refusing this runs counter to the JCPOA,” he said in a weekly press conference with reporters on Monday.

Iran and the five permanent members of the United Nations Security Council – the United States, France, Britain, Russia and China – plus Germany signed the nuclear agreement officially known as the Joint Comprehensive Plan of Action (JCPOA) on July 14, 2015 and started implementing it on January 16, 2016.

Elsewhere as to any sign of improvement in Tehran-Riyadh ties, he said, Saudi Arabia is still after hostility with Iran and has shown that it is not ready yet for wise behavior in dealing with neighbors.

He also said Iran is always after good relations with its neighboring countries and this would lead to regional peace and stability, adding Saudi Arabia however is still seeking hostile approach.