TEHRAN, January 22 - France's President Emmanuel Macron is hosting 140 world business leaders in a bid to convince them to invest and hire in France — and to persuade the French themselves of the merits of his economic policies. 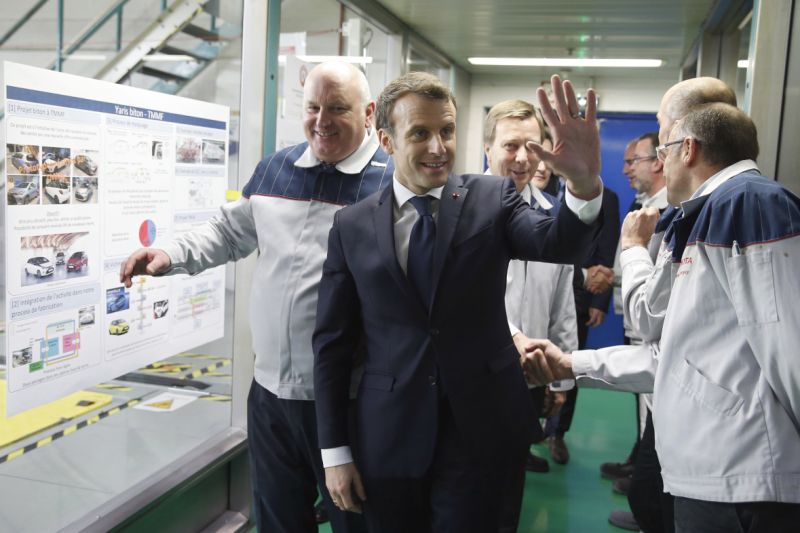 He is visiting Monday a Toyota plant in northern France before heading to the evening business event at the chateau of Versailles, in the presence of 15 French government ministers.

"We kind of forgot this, but the French are very innovative. We must re-awaken this", Macron told employees during the visit to the factory.

Facebook will invest 10 million euros ($12 million) in its French artificial intelligence center. Other announcements will include a food production plant and a research center, some traditional manufacturers and some high tech projects.

CEOs or top executives from Coca-Cola, Google, JP Morgan and Alibaba are among those expected at the meeting.

Business leaders are stopping in France en route to the World Economic Forum in Davos, Switzerland, where Macron will give a speech.

Macron, a 40-year-old pro-European centrist who was elected in May 2017, argues his economic policies will make France stronger to face globalization.

His labor market measures, perceived by many as weakening France's hard-won worker protection rights, prompted a series of street protests last year. They are expected to start producing effects in the coming months.