EU wrong to think non-JCPOA concessions will keep Trump in the deal: Araghchi

TEHRAN, January 23 -A high ranking Iranian official has stressed that EU states who think they can persuade US President Donald Trump to stay in Iran's nuclear deal by making non-JCPOA concessions are "totally wrong." 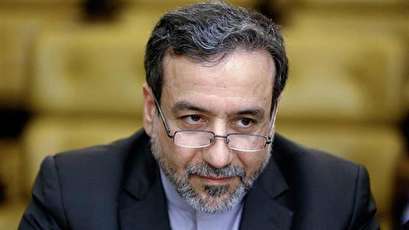 "Some Europeans think that if they give Trump non- JCPOA concession, they will be able to keep him inside the nuclear deal, this is a totally wrong policy which will without a doubt have a reverse result," Iran’s Deputy Foreign Minister for Political Affairs Abbas Araghchi made the remarks on Monday.

The debate over the nuclear deal was rekindled after the election of Trump to US presidency. Long opposed to the deal, Trump recently laid out four conditions that he said would have to be met in order for the United States not to unilaterally withdraw from the deal.

Araghchi added that Trump’s efforts to pressure Iran via the UN Security Council with excuses of missiles program and recent riots resulted in nothing.

Over the past few days, European officials have claimed that they began talks with Iran on its missile program.

Earlier, a report by The Financial Times claimed German, French, and British foreign ministers — together with Federica Mogherini, the EU’s foreign policy chief — had agreed during earlier talks with Iranian officials in Brussels to hold an “intensive and very serious dialogue” on the country’s conventional missile work and regional influence.

Araghchi went on to dismiss any manner of such claims of talks between Tehran and the EU.

"This news is not true, Germany's Foreign Ministry has also denied it," said Araghchi.