Tax cuts to boost U.S. economy, but benefits to be short-lived: poll

TEHRAN, January 23 -The U.S. economy is likely to grow in 2018 at its fastest pace in three years, fueled by the biggest tax overhaul since the 1980s, a majority of economists said in a Reuters poll that also showed they expected the boost to be short-lived. 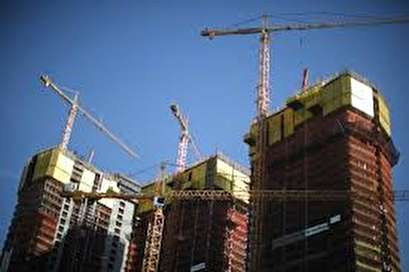 TEHRAN, Young Journalists Club (YJC) -The U.S. economy is likely to grow in 2018 at its fastest pace in three years, fueled by the biggest tax overhaul since the 1980s, a majority of economists said in a Reuters poll that also showed they expected the boost to be short-lived.

While the $1.5 trillion tax package signed into law by President Donald Trump on Dec. 22 did not lead to a major market reaction, it gave a solid lift to the outlook for the world’s largest economy.

At the same time, poll respondents did not expect the Federal Reserve to deviate from its current guidance of three interest rate increases this year.

The poll of more than 100 economists during Jan. 11-19 showed U.S. annual gross domestic product expanding 2.6 percent this year, compared with 2.4 percent predicted last month. If achieved, the increase would be the biggest since 2.9 percent in 2015.

More than three-quarters of 76 economists who answered an extra question said the predicted benefits from the tax cut plan would start to boost growth significantly this year. But most said that might prove to be short-lived.

However, optimism that the tax cuts should feed through to consumer confidence pushed more than half of the regular respondents to raise their 2018 growth forecasts from the December poll.

“This upgrade (to growth forecasts) shows up primarily as a lift to consumer spending and business investment, as lower average tax rates for businesses and households enable them to spend more,” TD Bank Group Chief Economist Beata Caranci wrote in a note to clients.

But economists expect growth to slow to 2.2 percent next year, suggesting the impact of the tax cuts will not last long, in line with the views of the Fed’s policy committee members.

As a result, respondents in the poll expect the economy to reach the Trump administration’s target of an annualized 3 percent growth rate no earlier than mid-2019, the end of the forecast horizon.

Still, companies are expected to increase U.S. payrolls and push unemployment even lower. Economists forecast the jobless rate to average 3.9 percent in 2018 and 3.8 percent next year, down from the current 17-year low of 4.1 percent.

As in past years, increased employment is not expected to mean higher pay, so economists forecast the central bank’s preferred inflation measure would stay below the 2 percent target for much of this year.

The poll showed the core PCE price index would only reach the target in the fourth quarter and level out to average that 2 percent level next year.

Those forecasts were an upgrade from the previous poll, but the latest Fed minutes, from the Dec. 12-13 meeting, showed concerns over the current inflation path.

While the Fed is expected to keep rates unchanged at its policy meeting on Jan. 31, the poll showed a 25-basis-point hike could happen as early as March. Financial markets have bet on an 80 percent likelihood that this could happen.

After March, economists expect the central bank to raise rates twice more this year, taking the fed funds rate to 2.00-2.25 percent by the end of December.

But the risk is the Fed takes rates higher than previously thought. Indeed, the number of respondents expecting four hikes this year increased from December’s survey.

“Given the economy is running nearly full tilt, fiscal stimulus is likely a stoke to higher wages and inflation,” TD’s Caranci said. “That could result in a slightly faster pace of rate hikes by the Federal Reserve, ultimately dampening the support to growth.”