TEHRAN, January 23 - Despite the warnings of Iran and other countries about Turkey’s raids to northern Syria, the Turkish news agency Anadolu tried to justify the raids. 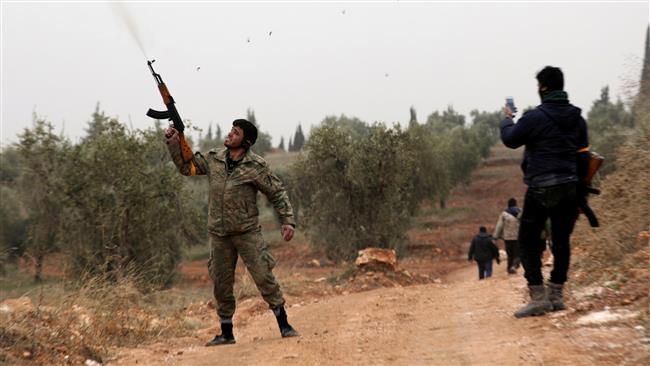 TEHRAN, Young Journalists Club (YJC) - The news agency claimed on Tuesday that the US-backed Kurdish militant groups in Syria’s northern parts has begun to liberate their Takfifiri (Daesh) captives provided that they help the Kurds to confront Turkey’s attacks.

The news has not yet been confirmed by Kurds, but it seems that Turkey tries to show that Daesh terrorist group is an ally of the Kurds, so that the country can justify its military operations in Syria.

It is while Turkey showed no reaction to the brutal crimes Daesh terrorists committed against the people of Kubanni province of northern Syria which is a border area near to Turkey.

Turkey launched the so-called Operation Olive Branch on Saturday in Afrin region of Syria in a bid to eliminate the US-backed YPG, which Ankara views as a terror organization and the Syrian branch of the outlawed Kurdish Workers' Party (PKK). The latter has been fighting for an autonomous region inside Turkey since 1984.